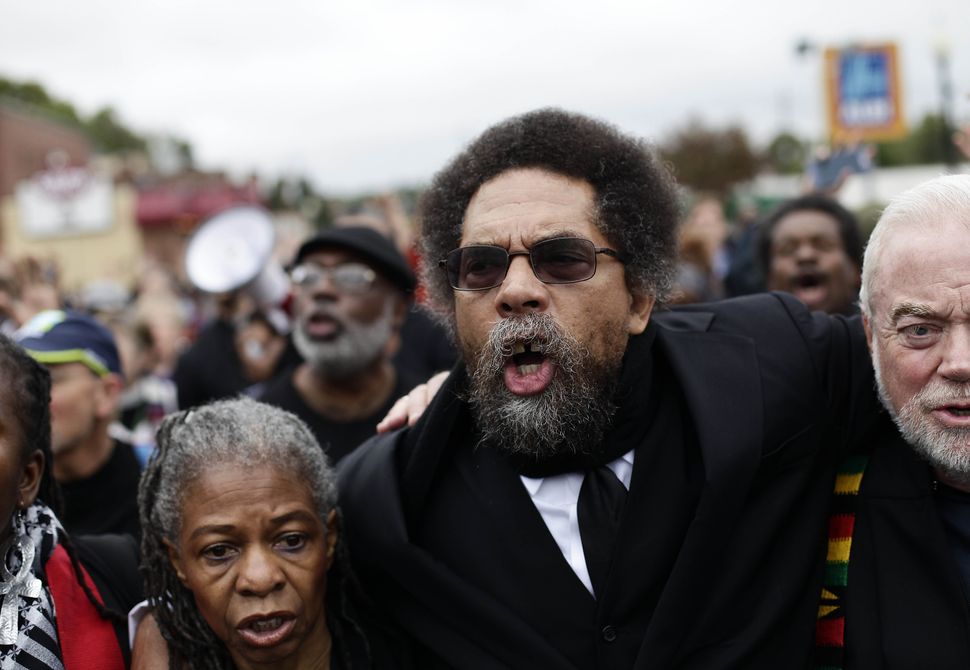 Cornel West says a new law denying entry to foreigners who call for a boycott of Israel or the settlements shows the BDS movement is gaining strength — and Israel is “panicking.”

“lt’s a sign of panic, a sign of hysteria, a very sad response to an intense situation,” the African-American philosopher said. “Rabbi Abraham Joshua Heschel would turn in his grave thinking about the spiritual blackout that is occurring in Israel.”

West has publicly supported BDS for years, and as such, is one of the prominent public figures who could be denied entry under the new law.

“What about the people inside the country?,” he asks. “People who live right there, in Tel Aviv, are you going to say they don’t have the right to be inside their own country? That is what authoritarian regimes do. It’s just sad to see Israel move more and more in that authoritarian direction.”