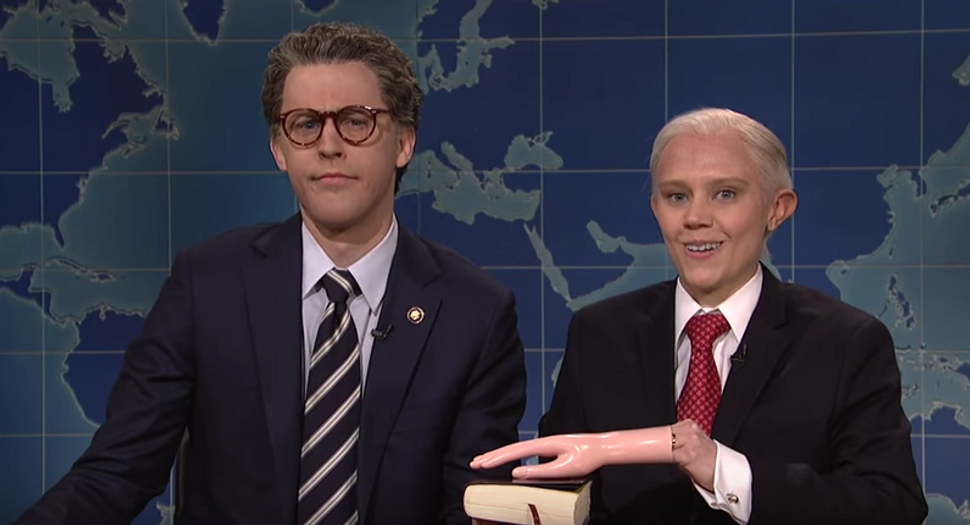 These days, there’s an unlikely, one-sided bromance going on between Al Franken and Jeff Sessions. In the world of “Saturday Night Live,” that is.

“Al and I are actually great friends,” the attorney general boasted.

Sessions then bragged that Franken had been showing him “Jew stuff,” to which Franken deadpanned: “We had lunch at a deli, Jeff.”

Other Jew-y lessons Sessions has learned? How to say the word “schmear” and the joys of matzo ball soup.

Check out the clip below, and stick around long enough for a bit involving Sessions’ fake hand.