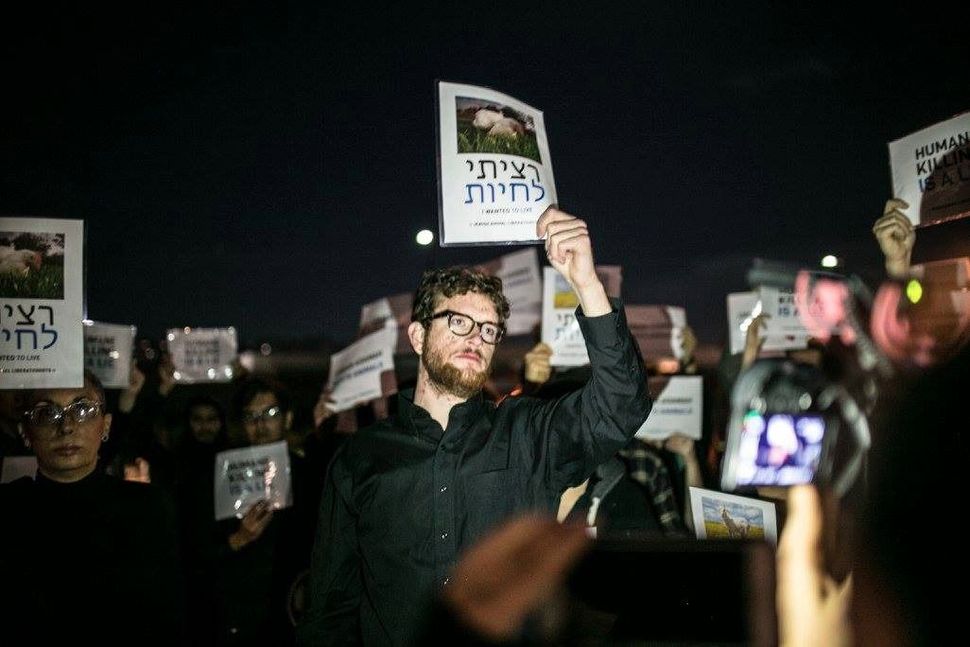 Activists calling themselves “Jewish Animal Liberationists” wore funereal clothes and infiltrated a Purim party at a Berkeley Jewish farm to protest their killing of chickens.

“We are concerned about the violence against animals on this farm,” said Zach Groff, as he held a sign reading “I wanted to live,” in Hebrew.

The Saturday demonstration was the latest in an ongoing saga known as “chickengate” that pits the idealistic Urban Adamah Jewish farm against vocal animal rights activists in the Bay Area. Three years ago, activists managed to cancel a public chicken slaughter workshop on the farm, but the poultry were slaughtered days later and fed to the disadvantaged in the form of chicken soup.

Urban Adamah’s executive director Adam Berman told the Forward that the farm raises chickens over several years, and slaughters them after they no longer lay eggs. He said several weeks ago, 20 chickens were killed.

“Most people in this community eat meat,” Berman said. “Providing meat from a farm like ours that raises chickens as humanely as we do feels like a service to the people who are in this community, who would otherwise be responsible for the death of animals that lived much less humane lives.”

Groff said he and other protesters had been to events on the farm.

“We know the love and peace of this farm, but we also know that peace does not happen if it does not extend to animals,” he said. _ Update, 4:20 p.m.: This story has been updated to include comment from Urban Adamah Executive Director Adam Berman._