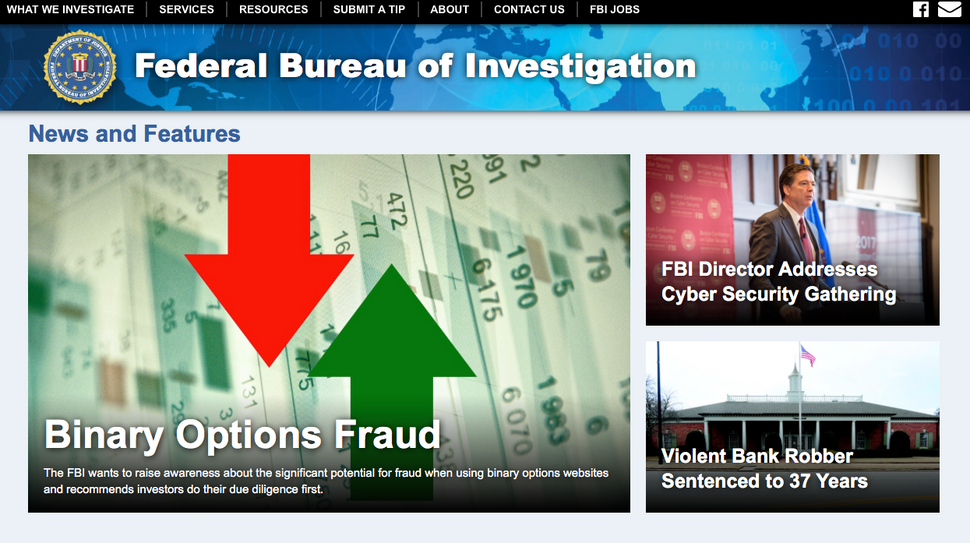 The FBI is singling out a thriving business in Israel — two firms alone do $8 billion in business annually— that’s also ripe for fraud. Headlining the bureau’s website this week is an advisory against binary options trading, in which customers buy and sell shares of stocks — but many of the 100 companies operating in the space are fleecing customers, according to the FBI.

In its “Word of Warning to the Investing Public,” the FBI explains how fraudulent binary options operate:

The FBI notes it is working on several binary options fraud cases, and that it organized a fraud summit devoted to the issue in January in The Hague. Besides Israel, the industry is flourishing in China, Japan, Europe and the U.S.

According to The Times of Israel, Israeli authorities are considering shutting down the industry.