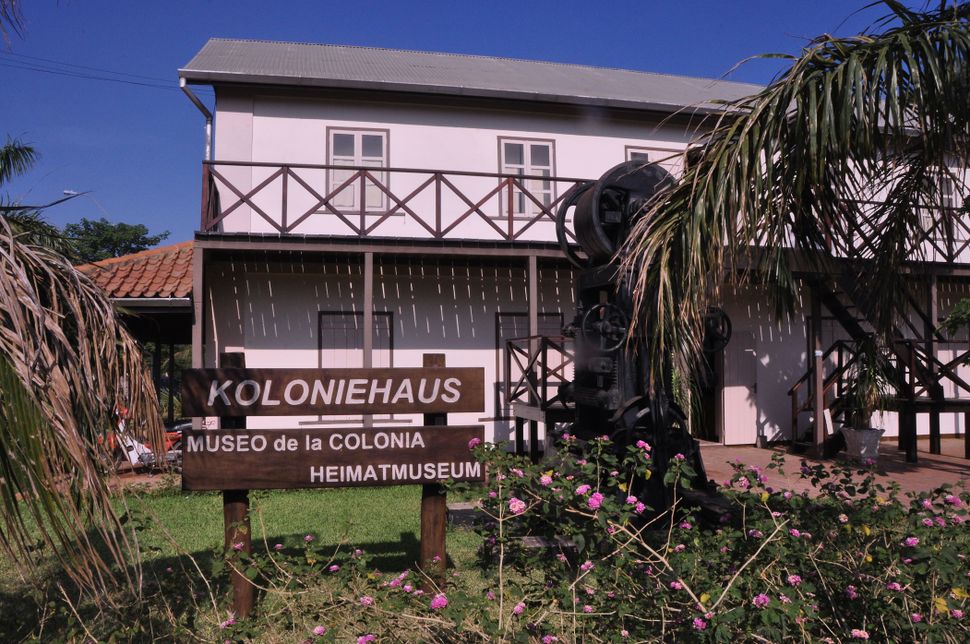 Decades after officials worried they might be sheltering the infamous Nazi doctor Joseph Mengele, members of the Mennonite sect in Paraguay are coming to terms with their historical ties with the Third Reich.

Mennonites are supposed to embrace non-violence and shun political life. But that was not the case in Fernheim, the Paraguay settlement where a group of Mennonites fleeing the Soviet Union put down roots after the Russian Revolution. Founded in Germany, the Mennonite religion has retained ties to the country, and the Fernheim community received funding from Hitler’s government, which it celebrated.

Following the outbreak of war, Fernheim was severed from much of its contact with the Third Reich, leading to disturbances as settlers argued and eventually came to blows over how to best continue the National Socialist legacy. The unrest became severe enough that American diplomats and Paraguay’s military intervened.

Uwe Friesen, head of the colony’s historical association, spearheaded the drive to talk about that history, sponsoring a conference titled “The Racialist Movement and National Socialism among the Mennonites in Paraguay.”

He told the Religious News Service that it was the right time to re-examine the history, a process that he said was true to Mennonite ways and could lead to healing.

“Making peace means living out and offering reconciliation,” he said at the conference. The effort in Fernheim follows larger initiatives among Mennonites to consider their religion’s ties to National Socialism.