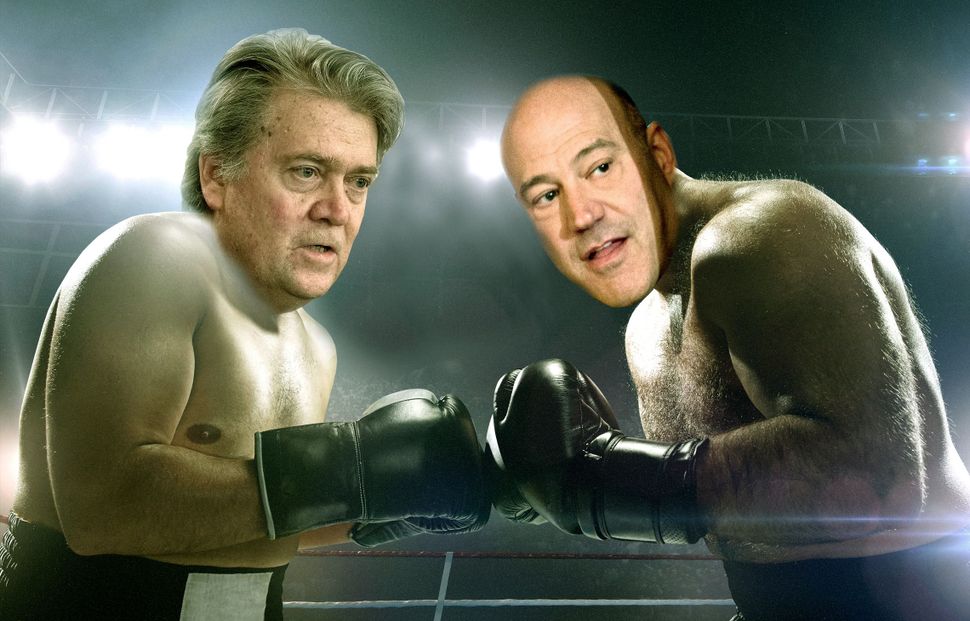 Entering its third month, the Trump White House in the middle of an internal power struggle that pits the populist wing led by Steve Bannon against and the “New York” wing led by Gary Cohn, and backed by Ivanka Trump and Jared Kushner.

A Washington Post weekend report details the inner tug of war and portrays the main figures.

Cohn, President Trump’s National Economic Council director, alongside top adviser Dina Powell, Kushner, and Ivanka Trump, are referred to in internal White House talks as the “New Yorkers” and at times the “Democrats,” as opposed to the Bannon camp, made up of conservatives including Bannon, Reince Priebus and policy adviser Stephen Miller.

Cohn, who does not have much visibility outside the White House, has emerged as a powerful player in Trump’s inner circle, described by the Post as “opinionated and sharp-elbowed, walking between offices with the swagger befitting a banking titan.”

A registered Democrat, Cohn came to the Trump administration with a Wall Street background and is a former Goldman Sachs executive, just like Powell. The two enjoy personal direct access to the president, irking Priebus who has tried to restrict and manage entry to the Oval Office.