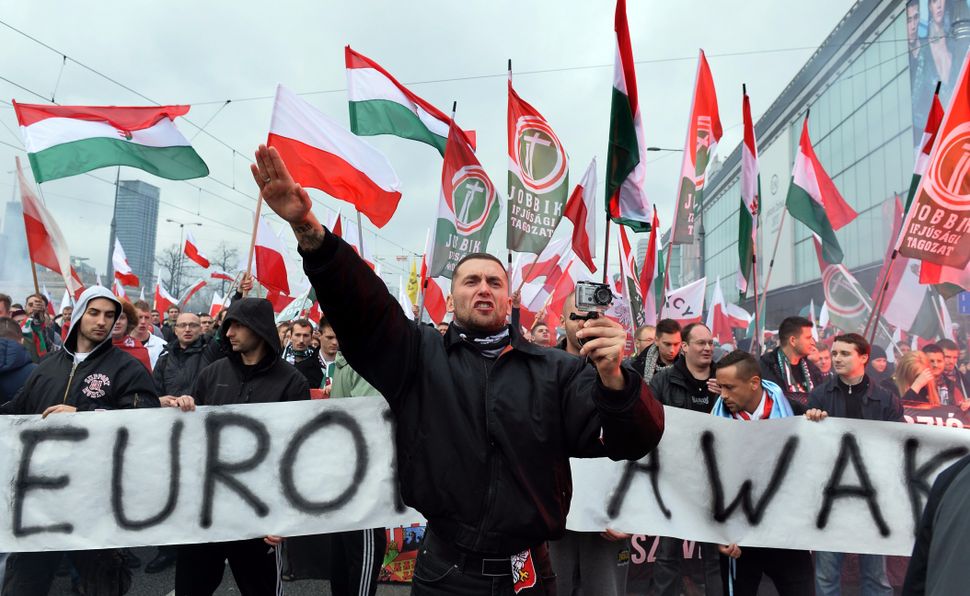 Neo-fascists are seeing a revival in Europe.

In Slovakia neo-fascists are winning regional offices and taking seats in Parliament, the New York Times reported on Monday. This fits into a trend seen elsewhere — Golden Dawn in Greece and the National Democratic Party in Germany, for example — of rising political parties with neo-fascist views.

Not all right-leaning nationalist groups explicitly embrace neo-fascist ideology, the Times reported. For example, there are others, like Jobbik in Hungary, which are extremist and right-wing but stop just short of outright fascism.

But what groups like this do is shift general discourse to the right.

“Before, pro-fascist sentiments were kept hidden,” said Gabriel Sipos, director of Transparency International Slovakia, told the Times about the national trend. “Parents would tell their children, ‘You cannot say this at school.’ Now, you can say things in the public space that you couldn’t say before.”

Members of America’s own “alt-right” movement — comprised of contemporary white nationalists and provocateurs who like to play with those attitudes — have celebrated the rise of right-wing groups in Europe, particularly identifying with the France-born anti-immigrant Identitarian Movement.