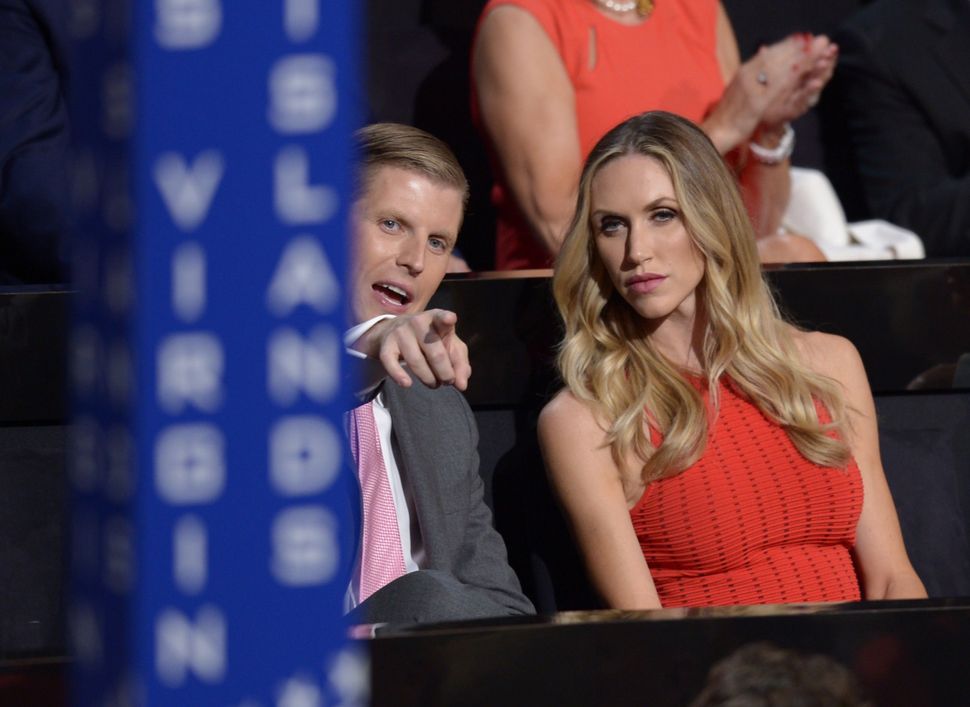 Eric Trump and his wife Lara announced they are expecting their first child – a boy – in September.

.@LaraLeaTrump & I are excited to announce that we are adding a boy to #TeamTrump in September. It’s been an amazing year. We are blessed! pic.twitter.com/ENrhdxdziA

Several Jewish media outlets, including the Forward, reported that she was Jewish because she was married under a chuppah-like structure by her Jewish brother-in-law, Jared Kushner. She worked as a personal trainer and was also a producer for “Inside Edition” on CBS before she married Eric in 2014 at the Mar-a-Lago Club in Palm Beach. Today the club is known as the Winter White House, where the president often spends his weekends.

Twitter users cheered on the Trumps, but others used the announcement to take a dig at the couple, suggesting they count their blessings for having health insurance and not having to fear being deported.

Correction, March 21, 4:08 p.m.: An earlier version of this article stated that Lara Trump was Jewish. The White House has confirmed that she is not.