Another Day, Another Jewish Trump Wedding 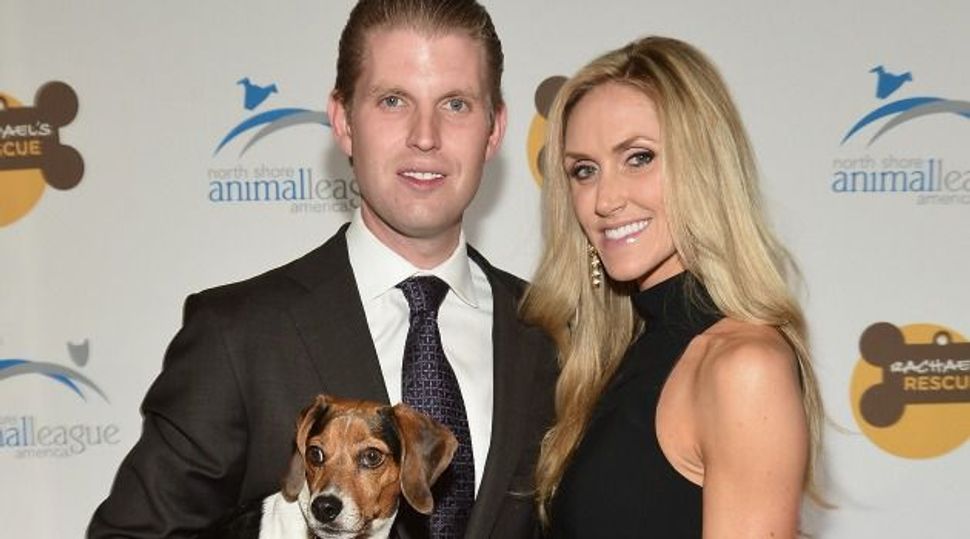 The bride, who reportedly broke both her wrists horseback riding two weeks before the wedding (ouch!), wore Vera Wang.

Kushner, who officiated the ceremony, reportedly told Yunaska: “You are not just gaining a family you are getting 6 million Twitter followers.”

Another Day, Another Jewish Trump Wedding