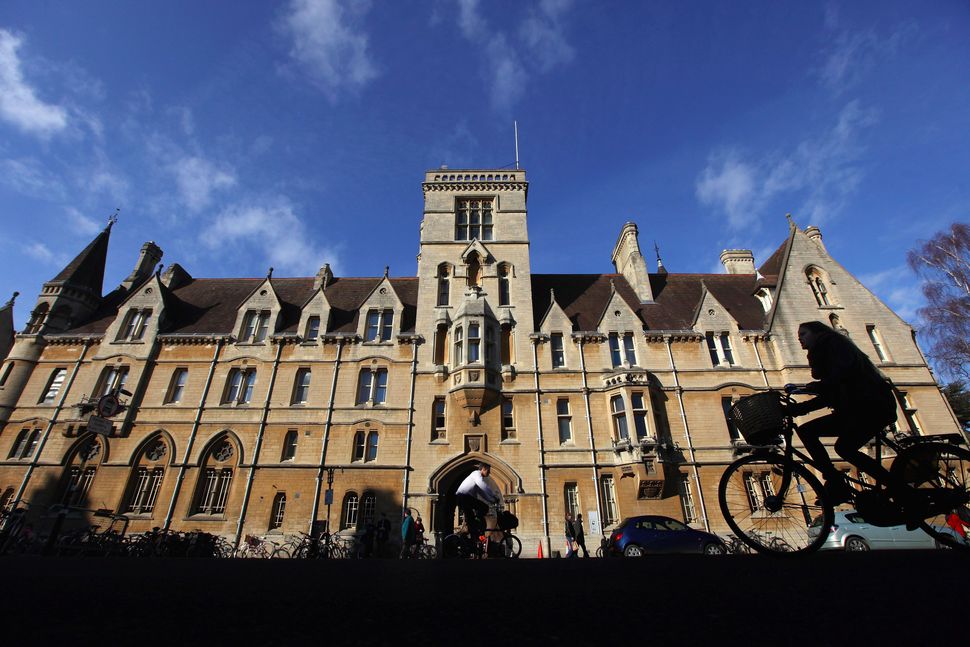 People bicycle past a building on an Oxford University campus. Image by Getty Images

For the first time, two Israelis have been awarded the prestigious Rhodes Scholarship at Oxford University, Haaretz reported.

Nadav Lidor and Maayan Roichman, both 26-year-old Tel Avivians, are inaugural Israeli recipients of the scholarship, which in the past was closed to Israelis.

This year, the program has expanded to include several countries in the Middle East, Asia and Africa in an effort to be “more and more global,” Charles Conn, warden of the Rhodes Trust, which runs the scholarship, told Haaretz.

One hundred Israelis applied for the two open slots. Eventually, six Israelis will study under Rhodes Scholarships at any time.

Lidor, from Kibbutz Ein Zivan in the Golan Heights, served in the army’s elite 8200 intelligence unit and attended Hebrew University before transferring to and graduating from Harvard.

Roichman, a semiprofessional windsurfer, enrolled in Tel Aviv University at age 15. She served in the army as a guide at the Palmach Museum.

In addition to the Israelis, two Palestinians will also be arriving at Oxford as part of the Rhodes scholarship: Hashem Abushama from the Arroub refugee camp and Nur Arafeh from East Jerusalem.