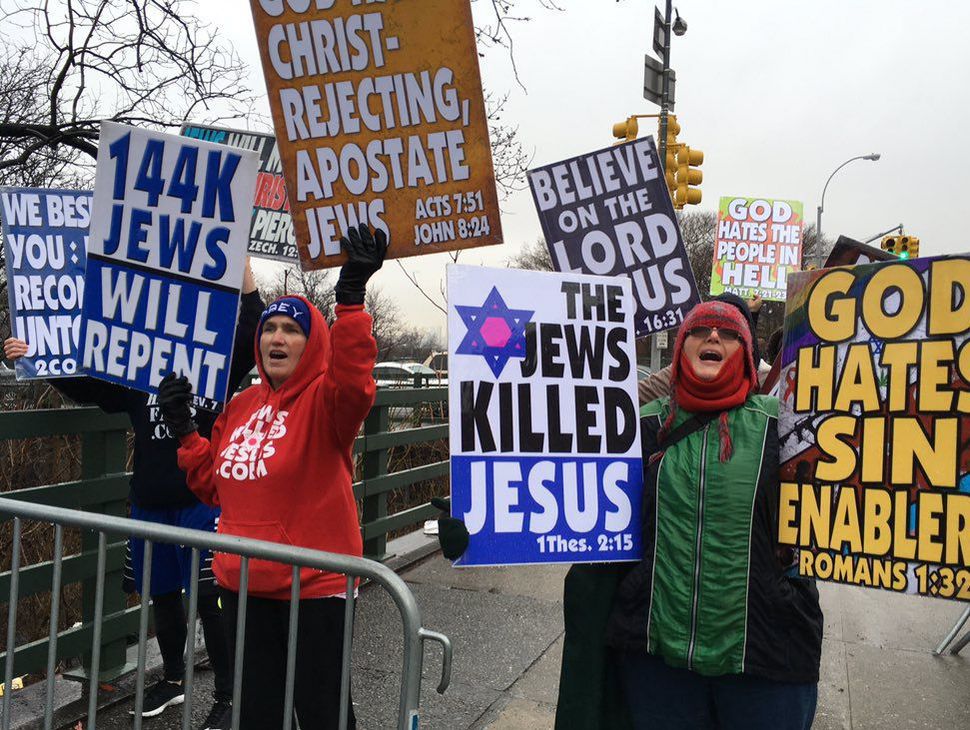 Westboro Baptist Church is based in Topeka, Kansas and is known for its virulent speech against Jews, Muslims, gays and others. Its website is GodHatesFags.com. The protest was part of the church’s “God Hates Your Idols Preaching Tour.”

The church members sang, “wrath will soon pour on you, for your harmful sins, your great affliction, it will soon begin.” They set the words to the tune of the Israeli national anthem.

Some 25 Yeshiva University students held a counter protest, holding signs reading “Love your neighbor as yourself.”

A group of @YUNews students, alumni and friends held a counter-protest against the Westboro Baptist Church this morning. #lgbtq #jewish #wbc pic.twitter.com/7me8A83fRh

The church’s next stop is the University of Phoenix in Glendale, Arizona, where members plan to picket the Final Four as “pagan idolatry.”