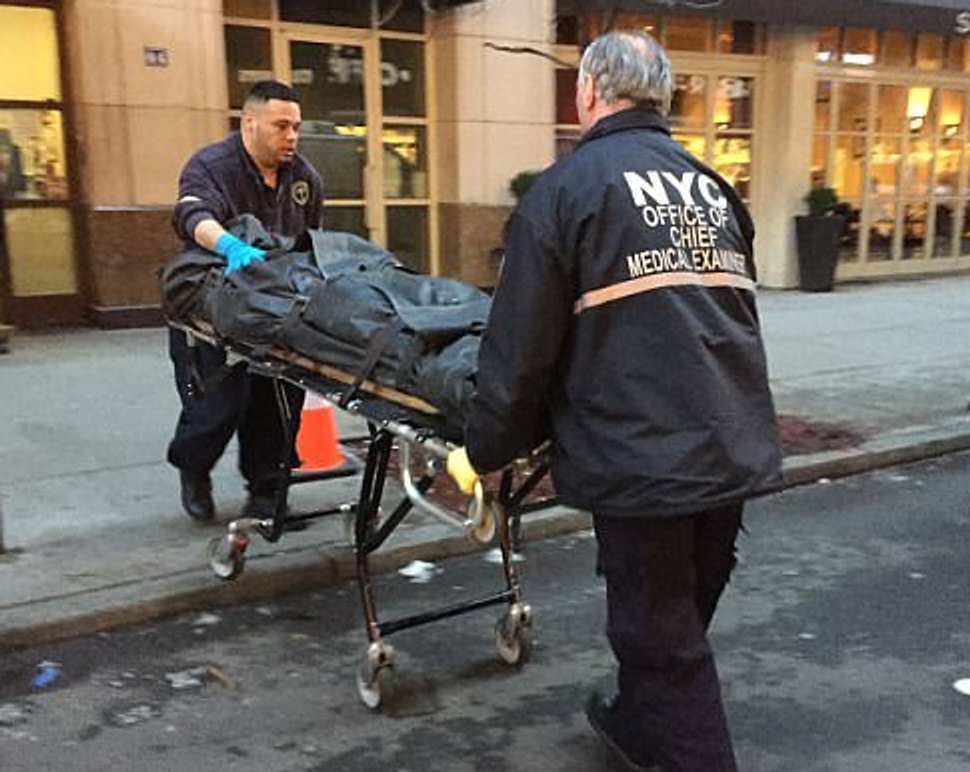 Almost a decade after losing billions of his clients’ money in Bernie Madoff’s Ponzi scheme, hedge fund financier Charles Murphy leaped to his death Monday from the twentieth floor of Midtown Manhattan’s luxury Sofitel Hotel, in what is being described as a suicide.

“We are extremely saddened by this news. Charles was an extremely gifted and brilliant man, a great partner and a true friend,” founder John Paulson, who worked with Murphy at the Paulson and Co. investment firm, wrote in a statement. “Our deepest prayers are with his family.”

Soon after the Madoff catastrophe, Murphy listed his Upper East Side townhouse for sale, and it still remains on the market – available for purchase at almost $50 million. According to the New York Daily News, Murphy was a graduate of Columbia, Harvard, and MIT, and will be survived by four children – two by his second wife and two by his first.