Mark Cuban And Sheldon Adelson Put Differences Aside — For One Night 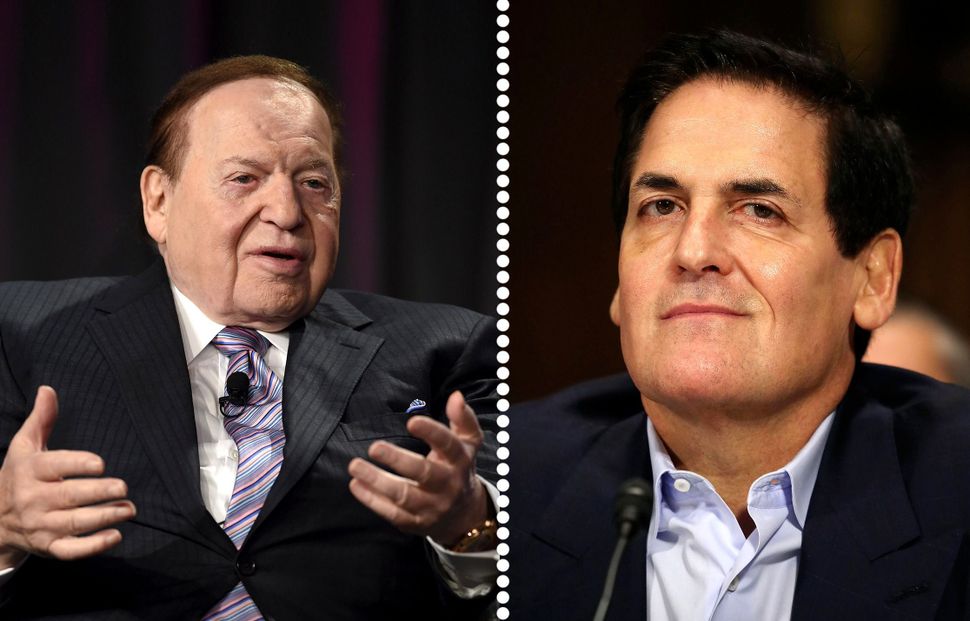 Politics were set aside when Mark Cuban was honored Monday evening by Sheldon and Miriam Adelson in a gala dinner fundraiser for the Adelson Educational Campus in Las Vegas.

“A good person with good values, though he is totally opposite of us in his political views,” is how Miriam Adelson described Cuban, according to the Las Vegas Review Journal.

Cuban is an outspoken critic of Donald Trump while the Adelsons are among Trump’s largest donors.

According to the report in the Review Journal, which is owned by Adelson, Cuban showed up at the formal gala event sporting a polo shirt, jeans and sneakers, explaining that he did not carefully read the invitation. The Dallas Mavericks owner who made his fortune in early internet TV initiatives, took questions from students, parents and teachers including one about his Jewish upbringing.

“Being Jewish,” Cuban responded, “has given me a foundation for everything I am and everything I hope to be.”

Mark Cuban And Sheldon Adelson Put Differences Aside — For One Night