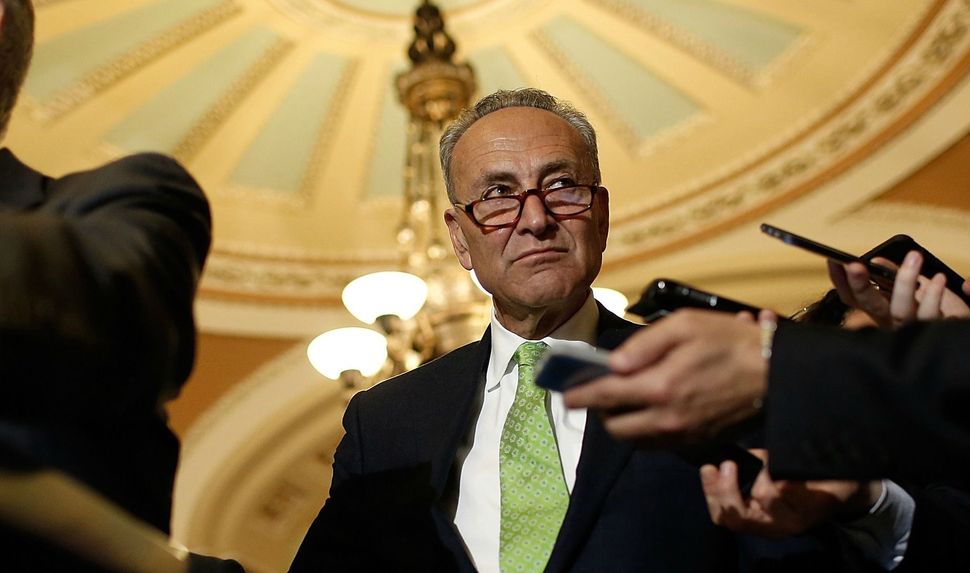 Senate Minority Leader Chuck Schumer is gearing up for an epic confrontation with counterpart Mitch McConnell, as the New York politician prepares his fellow Democrats to filibuster Supreme Court nominee Neil Gorsuch and possibly shut down the government over a budget dispute.

“They’re in charge. Government shuts down, it’s on their back. We have leverage,” Schumer told Politico in a recent interview, pledging to block government financing if conservatives pushed for monies for a border wall and the defunding of Planned Parenthood.

He added that the GOP will have to push through a radical rule change if it hopes to win Gorsuch’s confirmation.

Some Senate veterans worry about how a potential crisis will be defused. “I don’t think they’ve had a good chance to get started on a relationship,” Tennessee Republican senator Lamar Alexander told Politico.

Schumer’s staunch opposition to President Trump and Senate Republicans has shocked those familiar with his reputation as a pragmatic dealmaker. He said he, too has been surprised at the gusto with which he has embraced his role as a roadblock to the Trump agenda.

“It was like a thunderbolt hit me, almost a message from God,” he said.