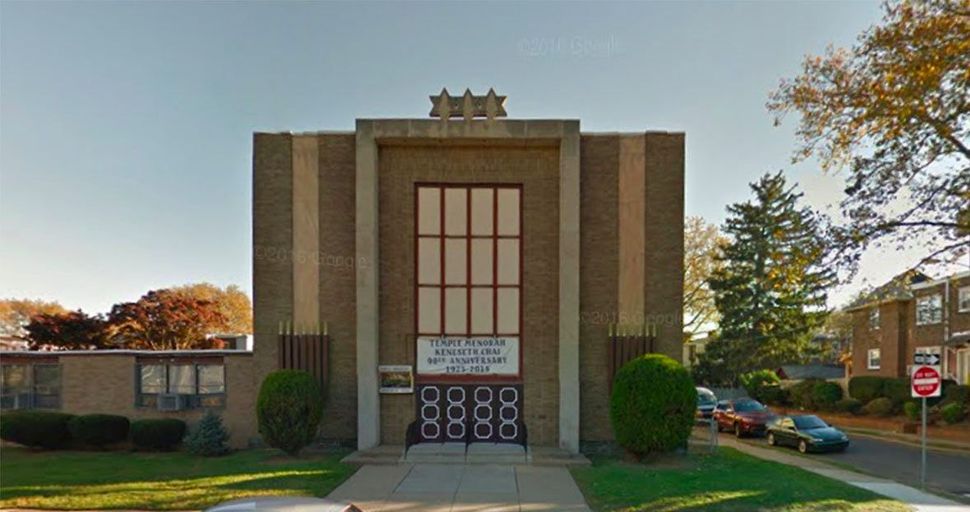 (JTA) — A 13-year-old boy was arrested and charged with throwing a rock through a stained glass window at a Philadelphia synagogue.

The incident that occurred on Sunday was the third time since December that baseball-sized rocks have been thrown through the stained-glass windows of Temple Menorah Keneseth Chai, a nearly century-old Conservative synagogue in the city’s historic Tacony neighborhood.

The synagogue installed surveillance cameras after the second incident, which led to the arrest of the teen.

The teen, who cannot be named because he is a juvenile, was arrested Monday and charged on Wednesday as a juvenile with institutional vandalism, criminal mischief, and possession of an instrument of crime, the Philadelphia Inquirer reported.

Police are investigating whether the teen was involved in the other two rock-throwing attacks, according to local reports.

Lt. Dennis Rosenbaum of the Northeast Detectives Division of the Philadelphia police told the newspaper it appears the motive was “kids being mischievous.”