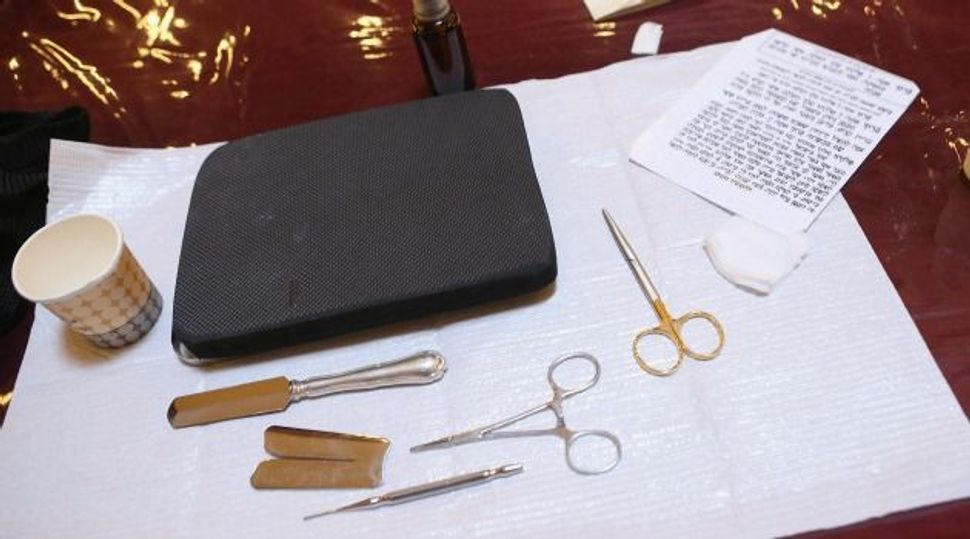 But The New York Post reports the city would not reveal the names of the mohels who carry out the rite of metzitzah b’peh, or sucking on the wounds of a newly circumcised baby to draw the blood out.

“As far as we understand legally at this moment, because of confidentiality rules relating to someone’s health status, we can’t publish the names overtly,” de Blasio said, according to the Post.

Health officials say mohels who perform metzizah b’peh despite being ordered not to can be fined $2,000, but will not be barred from performing circumcisions that do not involve the practice.

The city says six babies have contracted herpes believed to be a result of mohels carrying out the rite, often called MBP.

De Blasio campaigned for mayor in 2013 by promising Orthodox voters he would give the chop to a Bloomberg administration law requiring parents to consent to the oral suction technique. De Blasio later cut a deal with a rabbinical coalition to name mohels who might have herpes so they could get tested, the Post reported.