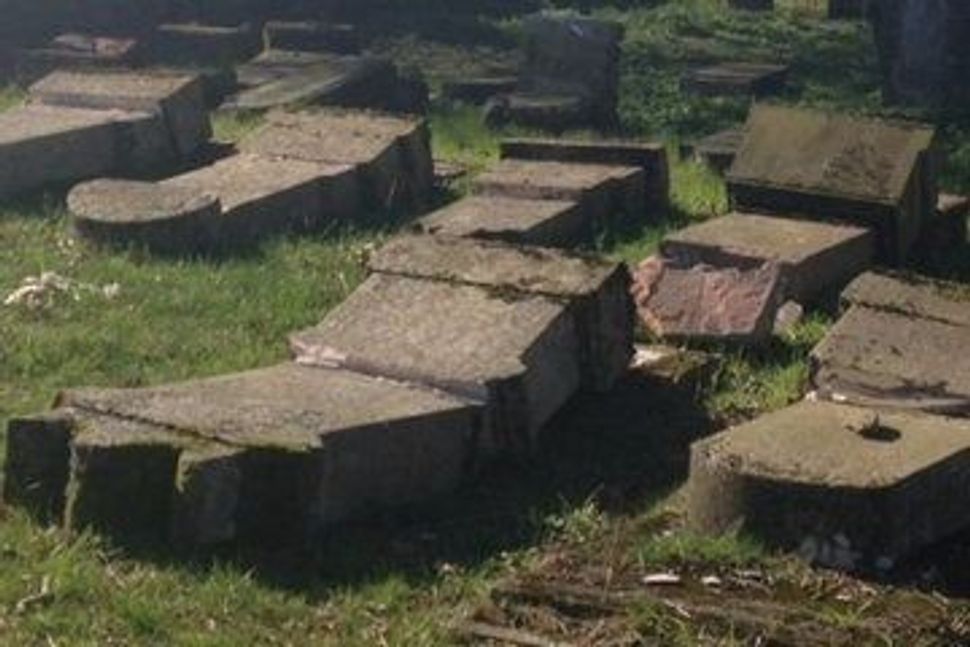 (JTA) – A Jewish cemetery in France saw 80 percent of its tombstones smashed by unidentified perpetrators.

A passerby noticed the devastation earlier this week at the disused, 18th-century Jewish cemetery of Waldwisse, a village situated 215 miles east of Paris, the France3 television channel reported yesterday.

The attack – the second one since 2014 – on the cemetery resulted in the smashing or toppling of 40 out of the graveyard’s 50 headstones. The earlier attack was perpetrated by three young men who received suspended sentences. Police is investigating the more recent incident.

Separately, a monument commemorating the Holocaust in the Greek municipality of Kavala was smashed one year after its unveiling in memory of 1,484 locals who were murdered, the Ekathimerini daily reported. The monument featured a marble façade emblazoned with a Star of David. The perpetrators of the vandalism at the monument used hammers to smash the façade on Wednesday, the daily reported.

Police have no suspects in custody.