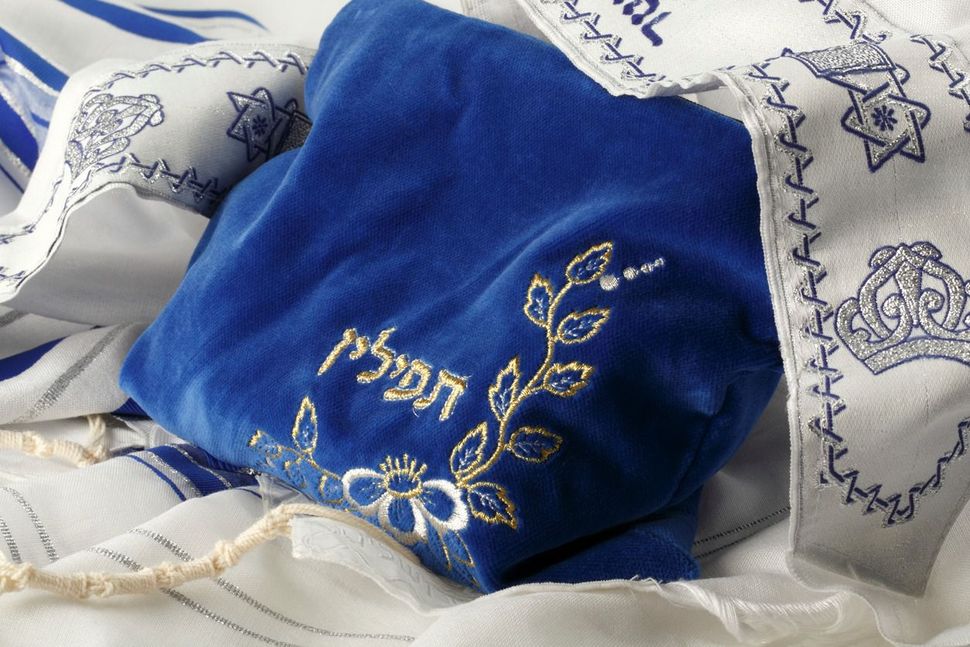 (JTA) — Police in New York arrested a Jewish man they say tricked at least two Jewish boys into a conversation that was inappropriate with notes in their tefillin bags.

Menachem Tyk, 59, from the heavily Orthodox Borough Park park section of Brooklyn, was arraigned Thursday on charges of reckless endangerment and harassment.

He allegedly put notes reading “call me, it’s important” and his phone number into the bags — small cases containing scripture that observant Jews wrap with leather straps around their arm and forehead during morning prayers.

When one 13-year-old boy called, the person who picked up asked, “Do you touch yourself,” according to a report Thursday in the New York Daily News, which relied on police sources. A 14-year-old who called was asked to “pet him everywhere,” a police source said.

A member of the teens’ Jewish community called the number after becoming suspicious, pretending to be a young boy, according to a source. He secretly recorded the conversation and gave the recording to police.

Tyk “was trying get the boy to come back to his apartment for all these sex things,” the police source said.