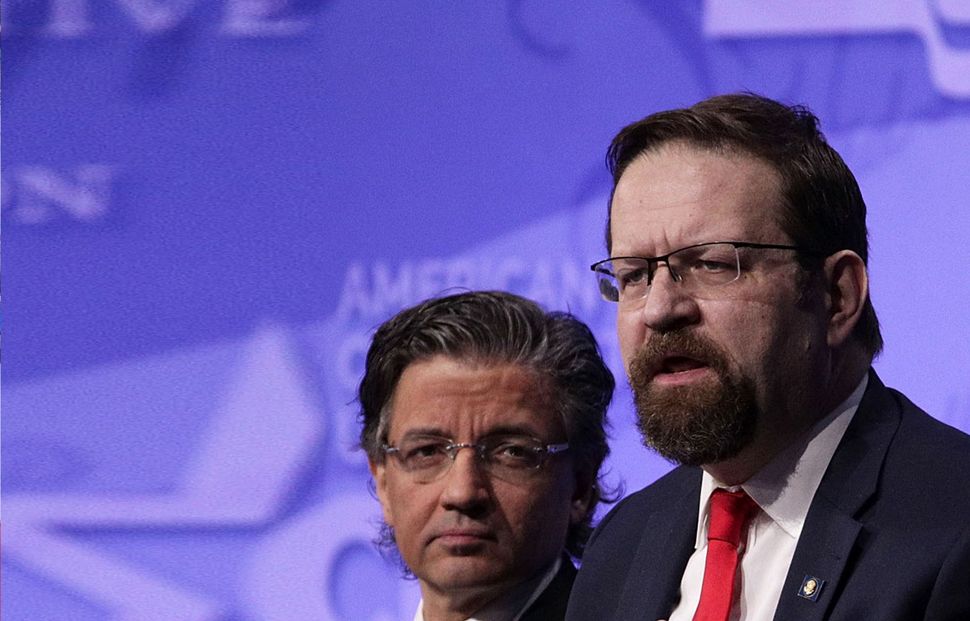 How much does the Hungarian Guard, a paramilitary organization praised by controversial White House aide Sebastian Gorka, hate Jews?

István Dósa, a captain in the Guard, called Jews “Zionist rats” and “locusts,” while also condemning “Zionist-Bolshevik genocide” and labeling Hungarian Jews “nation-destroyers.” Gábor Vona, one of the group’s founders, has framed its goals as protecting “ethnic Hungarians,” who in his words lacked “physical, mental or spiritual self-defense.”

The European Court of Human Rights has upheld a government ban on the group, which the high court said was aimed at fomenting “racial conflict.” The militia was affiliated with the far-right Jobbik party.

Concerns about the Hungarian Guard and its anti-Semitism did not faze Gorka when he was active in that country’s politics as a leader of the right-wing New Democratic Coalition. He openly backed the militia in a video revealed by the Forward.

“This type of accusation is the very useful tool of a certain political class,” he said, dismissing an interviewer’s questions about the militia’s hatred of Jews.

He also mocked criticism of their black outfits, a throwback to Nazi collaborators, noting that some police also wear black uniforms. “Who talks about a fascist police in Hungary?” he asked.