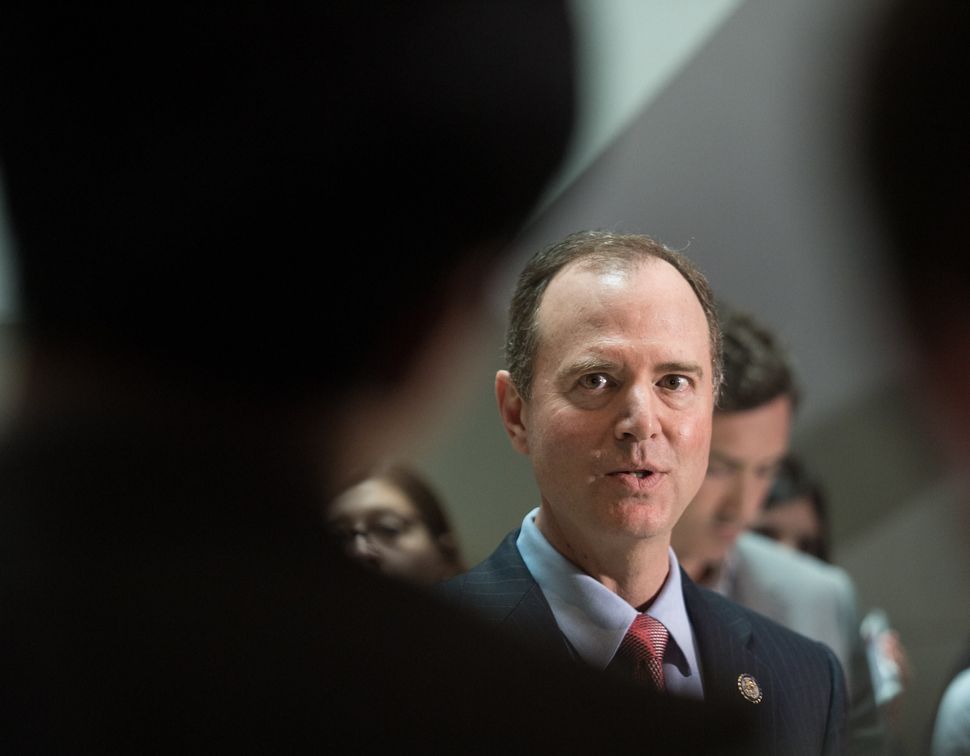 Adam Schiff, the ranking Democrat on the House Intelligence Committee, said President Trump complimented him for a “good job” when the California representative went to the White House to view documents connected to an inquiry into links between the Republican’s campaign and Russia.

“He said I did a good job and that was about all the commentary I got from the president about that,” Schiff told Katie Couric, in an interview for Yahoo News describing his Friday encounter with the president. He added, “it was a perfectly cordial meeting.”

The California Democrat has been at the center of the Russia investigation, which has spurred conflict between him and the House Intelligence chairman, Republican Devin Nunes.

Nunes held a press conference last week in which he revealed that sources later shown to be from within the White House had told him that Trump officials had been swept up in former President Obama’s espionage against Russia. His allegations and subsequent talk with the president raised questions about his impartiality and ability to lead the inquiry.