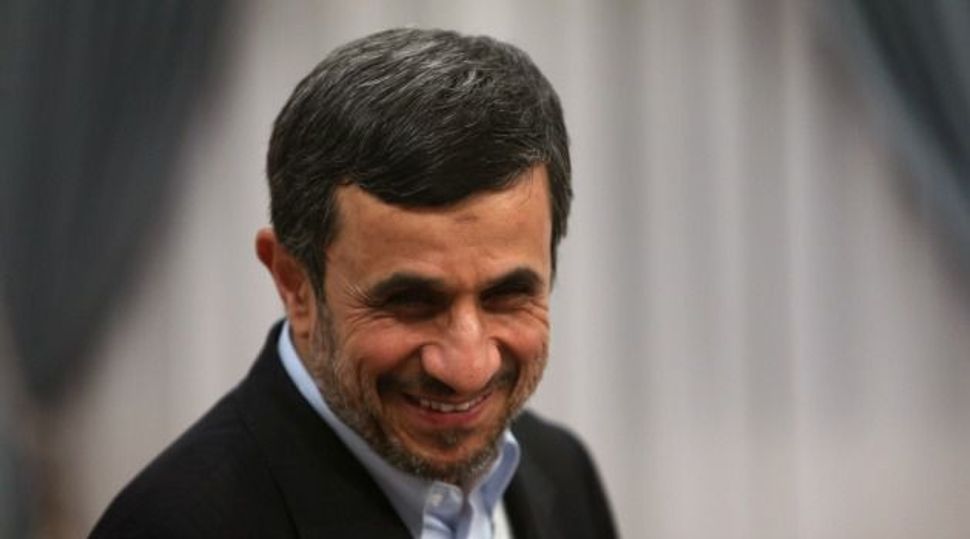 (JTA) — Mahmoud Ahmadinejad filed to run in Iran’s upcoming presidential election, defying the wishes of the country’s supreme leader that he not seek to return to the office.

Following Supreme Leader Ayatollah Ali Khamenei’s recommendation in December that Ahmadinejad stay out of the race, moderate President Hassan Rouhani was seen to have a wide-open path to reelection. Ahmadinejad unexpected move could challenge that perception.

Ahmadinejad previously said he would not run and would support his former Deputy Hamid Baghaei, who also registered on Wednesday. At a press conference shortly after registering, Ahmadinejad called Khamenei’s comments “just advice,” and described his move as helping Baghaei.

“His advice does not prevent me from running,” he said. “There is extensive pressure on me from dear people of different walks of life as their small servant to come to the election.”

Ahmadinejad under Iranian law became eligible to run again after four years out of office.