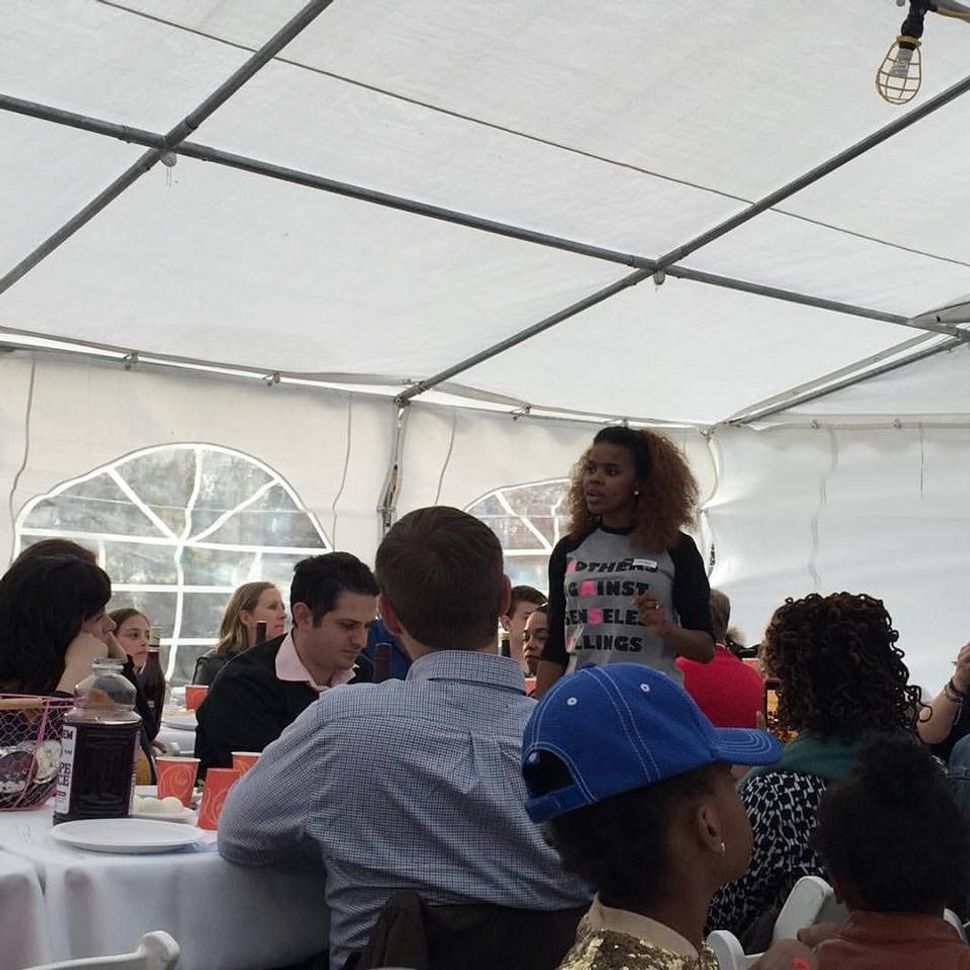 Tamar Manasseh, a rabbinical student from Chicago, is the founder of a watchdog group that fights gun violence. Image by Facebook

At a Passover Seder held on a street corner on the South Side of Chicago, a well known black rabbinical student urged African-Americans and Jews in Chicago to come together to prevent gun violence, during what many feel is a larger moment of national uncertainty.

“Two peoples, African Americans and Jews, whose collective histories are marked by journey and struggle, have at times been compared and at other times entwined and at other times even in opposition,” said Tamar Manasseh, the leader of a local group called Mothers Against Senseless Killing, speaking as the host of the event.

“At Passover, on the feast of liberation, we should think about the similarities and how this night we can become klal Chicago,” Manasseh said, using a Hebrew word which means “totality” or “community.”

The event was billed as “Seder of the Streets” and hosted by Manasseh’s group, known by its acronym MASK. MASK is a community watchdog organization founded in 2015 to address Chicago’s gun violence.

Manasseh is a member of Beth Shalom B’nai Zaken Ethiopian Hebrew Congregation, a largely black synagogue in Chicago with Hebrew Israelite roots. She is earning her rabbinical ordination at the Israelite Academy, which is associated with the International Israelite Board of Rabbis.

“I ask that we leave here as klal Chicago,” Manasseh told the crowd. “We need each other.”