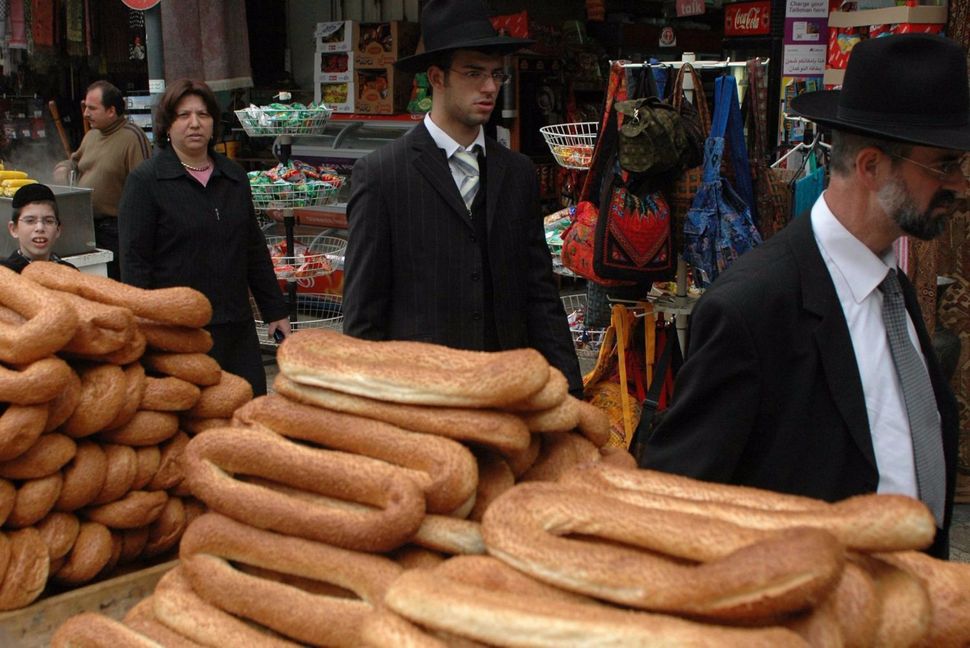 For the first time in years, the Jerusalem municipality is enforcing the law against public displays of leavened bread during Passover at the Old City’s Jaffa Gate this year.

Municipal inspectors confiscated the wares of a bagel vendor at the site on Wednesday and prevented others from selling their goods. The bagels have become one of the symbols of the Old City.

Though the law permits the city to ban the sale of bagels during Passover, it hasn’t been enforced in most of the Old City in years. There have been times in the past when, under pressure from religious city councilmen, municipal inspectors did enforce the law specifically at Jaffa Gate. But for the past two years, it hasn’t even been enforced there.

The inspectors arrived at Jaffa Gate Wednesday morning and told vendors not to sell leavened products. Most of the vendors either moved elsewhere or simply shut up shop. But Zaki Sabah, a longtime bagel vendor who operates without a license, refused to either leave or close, so his wares were confiscated.

“They didn’t listen to me,” Sabah said. “The inspector told me it’s Passover and I have to close.”