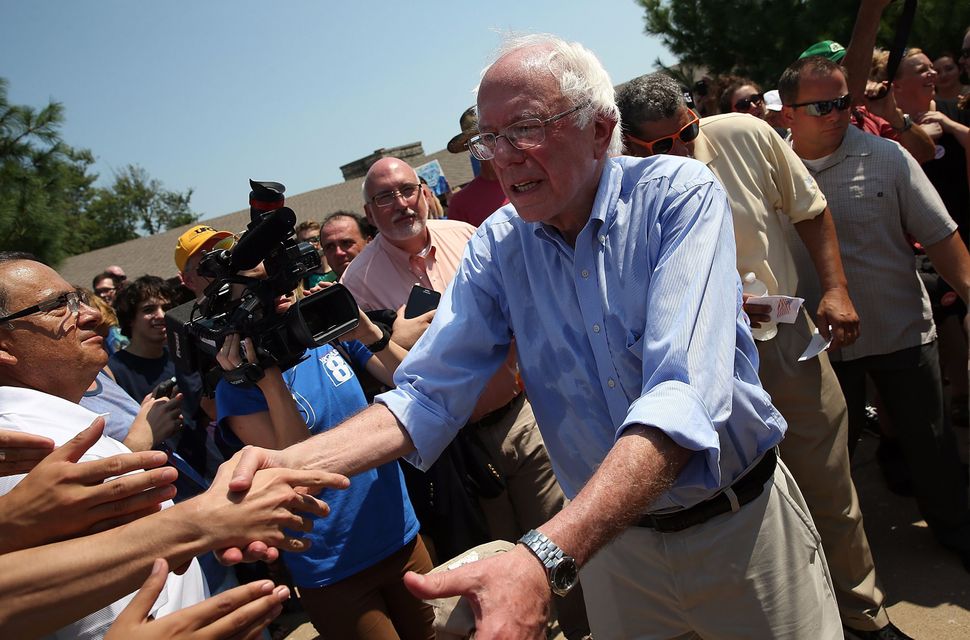 To many partisans of Hillary Clinton, Bernie Sanders shoulders some of the blame for the former secretary of state’s loss in last November’s presidential election.

But rather than being shunned as a spoiler, the Vermont senator appears to be feeling the love, as party leaders appreciate his conciliatory tone and populist message in the Trump era.

“It continues to drive me a bit nuts that he continues to register as an independent but the bottom line is that he is a good Democrat,” Jim Manley, a Democratic strategist who backed Clinton in the primary, told The Hill.

Added Lynda Tran, another strategist, “At the end of the day, Bernie Sanders may be a registered Independent, but he has always caucused with Democrats and there is no question he continues to enjoy strong support among many members of the Democratic Party.”

Sanders caucuses with Democrats in the Senate and almost always votes with them, but nominally retains his status as an independent, a testament to his political roots as an outsider and self-proclaimed “democratic socialist.”

Since the November election, he has assumed a more prominent role in Democratic Party politics. He was elevated by Senate Minority Leader Chuck Schumer to a leadership role as the head of the caucus’ outreach efforts, and almost succeeded in installing ally Keith Ellison, a representative from Minnesota, as the head of the Democratic National Committee.