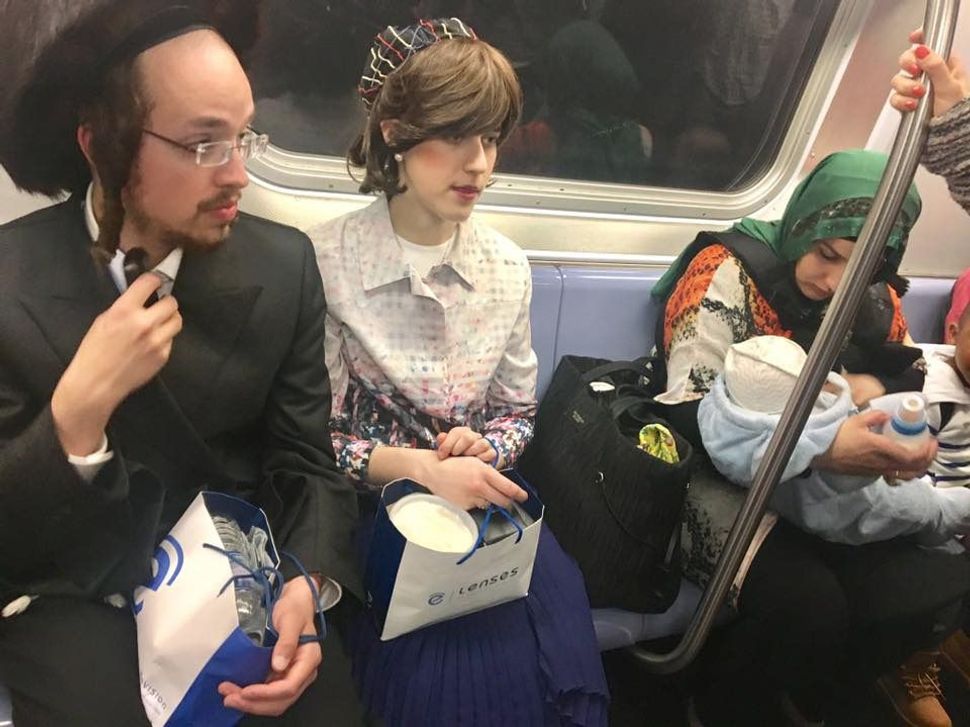 The New York City subway isn’t the prettiest spot for photos. But a snap from the F Train highlighting interfaith harmony between Muslims, Jews and Taoists ricocheted around the Internet this week, after being posted to Facebook by city resident Jackie Summers.

“A Taoist (me) gives up his seat so a Hasidic couple could sit together. They scoot over so a Muslim mother could sit and nurse her baby, on Easter Sunday,” he wrote.

“This is my America: people letting people be people.”

As of Tuesday, the Facebook post had been shared more than 36,000 times and received more than 48,000 likes.

Commenters said that it was a sign of the continued strength of diversity and tolerance in the age of Trump. “THIS, is what makes America great and these days I’ve been struggling to find ways to feel good about America,” wrote one on Facebook. “We, the people…Thank you for restoring a little of my faith in humanity today.”