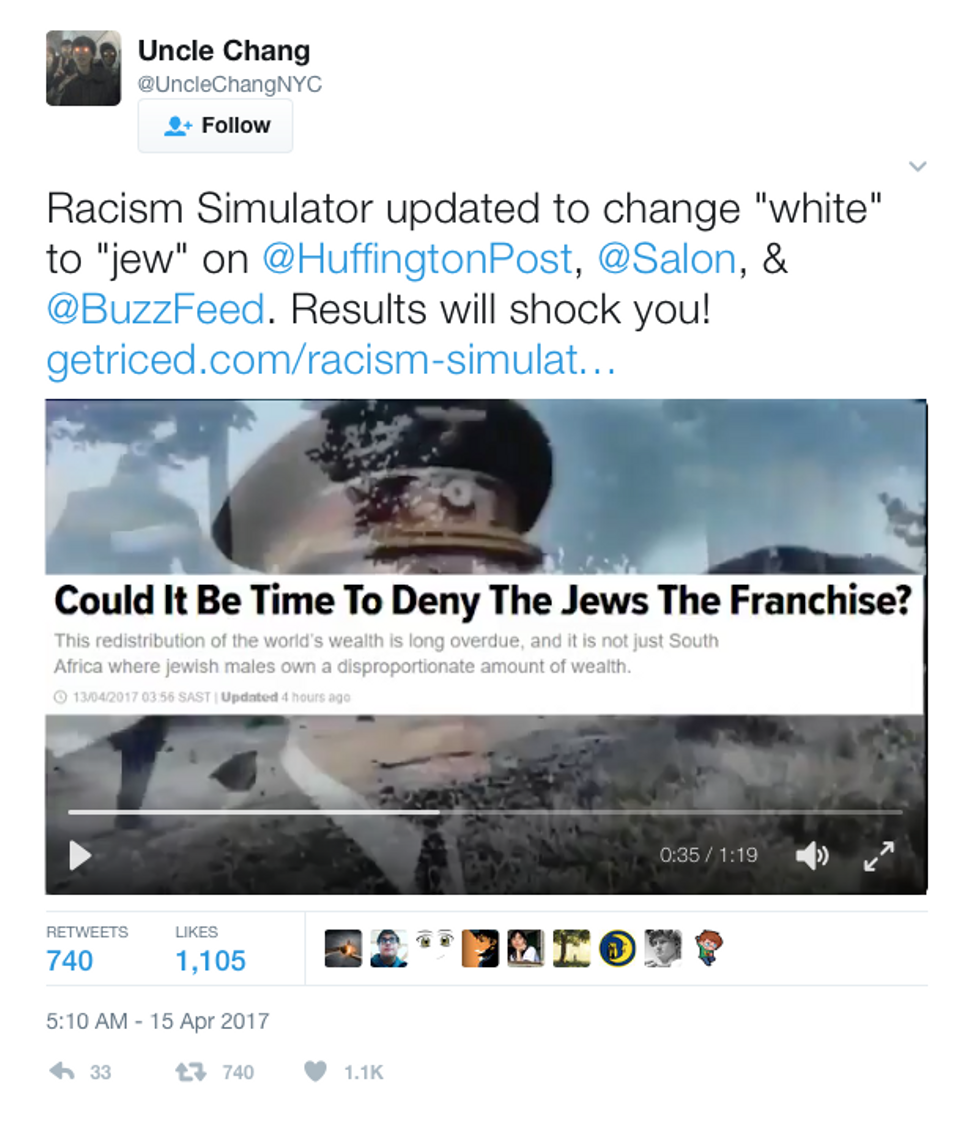 An “alt-right” Twitter troll has made a new Internet plug-in that replaces the term “white” with “Jew,” in an apparent effort to show that the media discriminates against white people.

In a video attached to his tweet, the troll identifying himself as “Uncle Chang” applies his plug-in to news like Salon, Alternet and the Huffington Post, generating headlines that include “The Jews Must Be Stopped” and “Could It Be Time To Deny The Jews The Franchise?”

“Uncle Chang,” whose Twitter profile includes a racist photo of Asian men, brags in the self-description section that he’s a contributor to InfoWars, the “alt-right” fake news site that has promoted conspiracy theories, including the one that Michelle Obama is secretly a man who murdered Joan Rivers. His profile includes a link to a personal Web site called “GetRiced.com.”