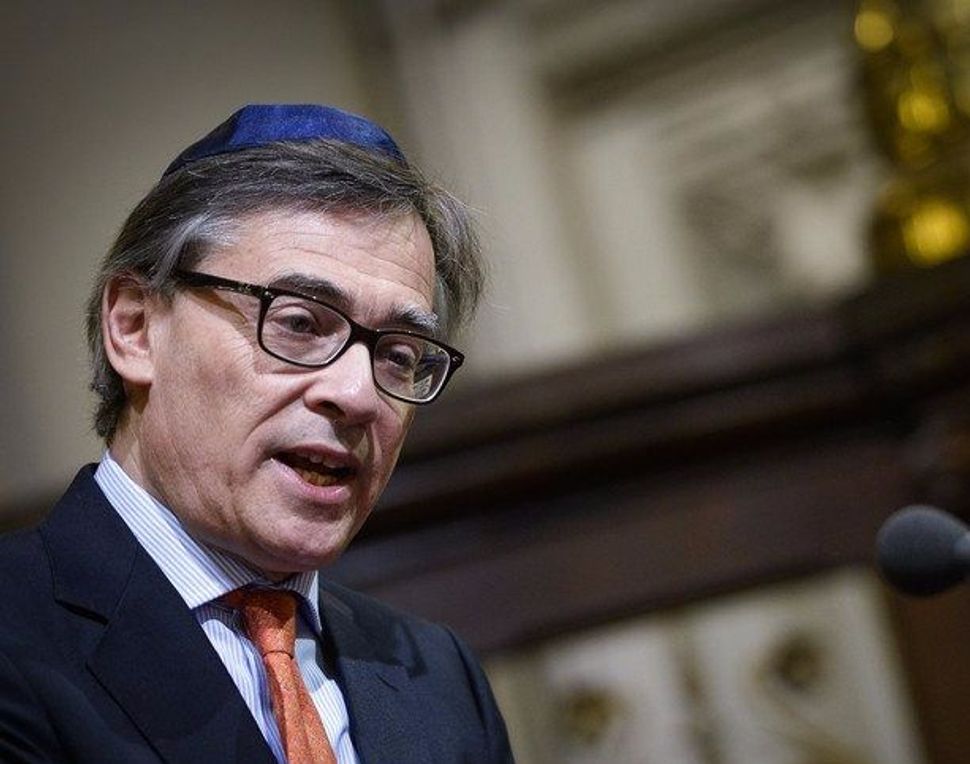 (JTA) — Amid discussions on limiting ritual slaughter of animals in Belgium, a leader of the country’s Jewish community pleaded with lawmakers not to “repeat the Nazis’ acts.”

The statement Thursday by Philippe Markiewicz, president of the Consistoire organization of Belgian Jewry that is responsible for providing religious services, was unusual because Jewish community officials rarely draw comparisons between present-day issues and the Nazi occupation, which remains a sensitive subject in Belgium.

“The last assault on ritual slaughter was in October 1940 under the Nazi occupation because they knew how important it was for Jews,” Markiewicz said during an address in the city of Namur at the Parliament of Wallonia, one of three autonomous regions that make up the federal kingdom of Belgium. “I implore you not to repeat this act,” the Belga news agency quoted him as saying.

Markiewicz spoke to lawmakers during a discussion on a plan to impose new limitations on any slaughter of animals that does not involve stunning – a prerequisite in shechitah, the Hebrew-language name for kosher slaughter of animals, and its Muslim variant.

Many Walloon lawmakers objected to Markiewicz’s allusion to the Nazi occupation, according to the Belga news agency.