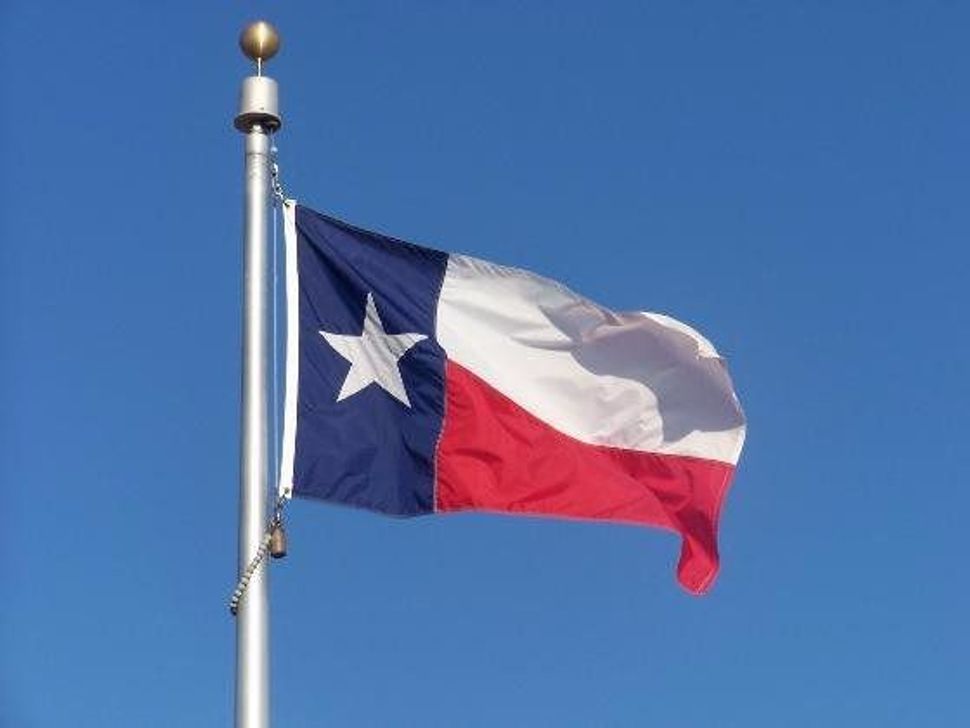 WASHINGTON (JTA) — The Texas House of Representatives unanimously approved a bill on Thursday banning state entities from dealing with businesses that boycott Israel or its settlements.

The bill follows the state Senate’s approval of a similar bill in March by overwhelming numbers. Gov. Greg Abbott is expected to sign a reconciled version of both bills next month.

In statements, pro-Israel groups that lobbied for the bills praised its passage.

“The relationship between the Jewish state and the Lone Star State is built upon shared values, including a rock-solid commitment to standing up for liberty – especially when it is threatened by radical Islamic extremism,” Pastor John Hagee, the founder of Christians United For Israel, said in a statement.

“The people of the Lone Star State and Israel share an unbreakable bond based upon mutual values, and by passing this legislation – ensuring that taxpayer dollars do not fund discrimination – Texas has reaffirmed this important friendship,” he said.

The House bill requires that Texas maintain a list of companies boycotting Israel. Civil liberties groups have objected to such provisions in other states, saying they amount to a blacklist.

In some cases the lists, drawn from the media and other open sources, have proven inaccurate, including companies not boycotting Israel.

Liberal pro-Israel groups say that including prohibitions on boycotting settlements undercuts efforts to combat the Boycott, Divestment and Sanctions movement.

Texas would be the 20th state with laws or executive orders banning state business with BDS-compliant companies.