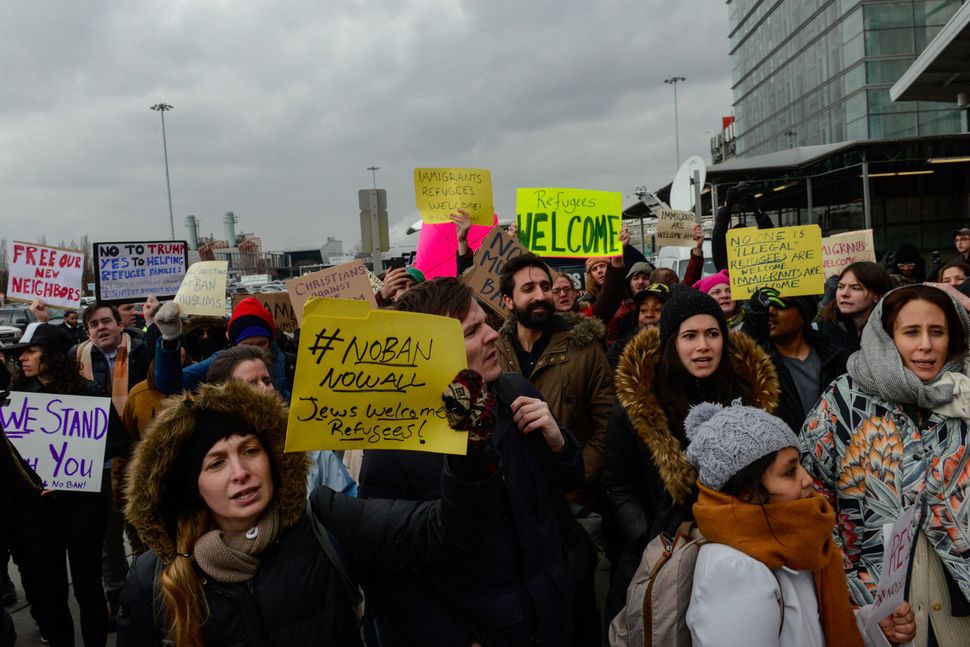 The briefs will be filed as part of cases challenging the ban to be heard by the Fourth Circuit and Ninth Circuit courts of appeals. Other signatories to the Fourth Circuit amicus brief include the senior ministers at The Riverside Church in Manhattan and the Southern Poverty Law Center, among others.

The Fourth Circuit is expected to hear the case in May.

The brief argues that the executive order violates the Constitution’s establishment and equal protection clauses, and that it will “disfavor and injure Muslims.”

“This country was founded on the principle of religious freedom, and Trump’s dangerous, discriminatory Muslim ban directly undermines that fundamental value,” Bend the Arc CEO Stosh Cotler said in a statement. “As Jews, we understand the pain and suffering that religious discrimination causes.”