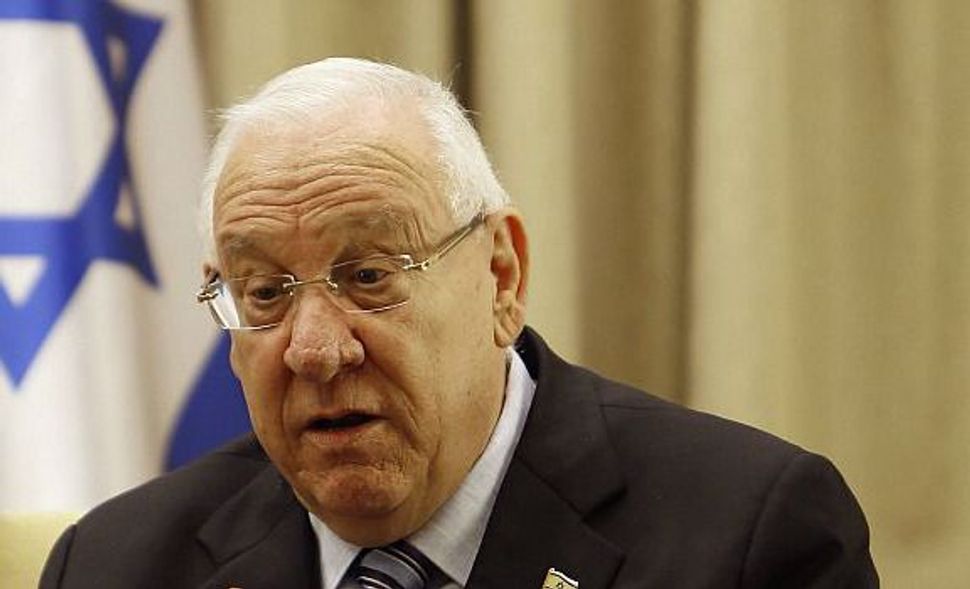 Now, one leader of those state ceremonies is taking note. Israeli president Reuven Rivlin participated in Zikaron BaSalon, or Remembering in the Living Room, an initiative that invites Holocaust survivors into Israeli living rooms to share their stories with small groups.

Rivlin invited 87-year-old Miriam Eshel to his home, where she talked about her experience in Auschwitz in from of Rivlin and his wife, first lady Nechama Rivlin. She survived the Holocaust with her brother, but the rest of her family died, including seven siblings.

Eshel immigrated to Israel with her younger brother, but he died in Israel’s founding war at the age of 16. She has two daughters, nine grandchildren, and 38 great-grandchildren.

At the event, Rivlin noted the importance of the younger generation hearing firsthand from survivors, the central project of Zikaron BaSalon.