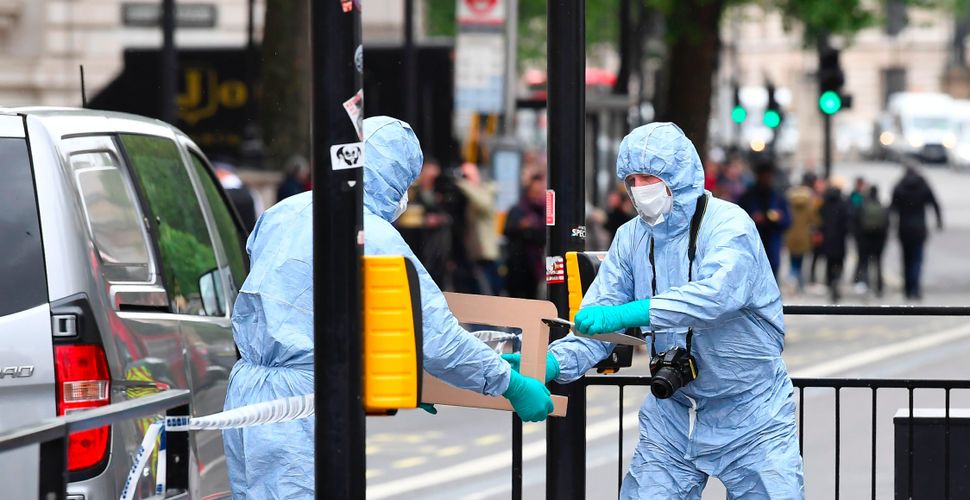 The man arrested carrying a knapsack full of knives near the 10 Downing Street office of British Prime Minister Theresa May was a passenger on the Mavi Marmara when it was raided by Israeli soldiers in 2010.

The suspect arrested Thursday on suspicion of planning a terrorist act was identified on Friday as Khalid Omar Ali, 27, of London, the British daily newspaper the Telegraph reported on Friday.

Reuters reported that Ali was on the Mavi Marmara, as well as other aid flotillas to Gaza.

The Telegraph cites a former associate of Ali as saying that his experiences delivering aid to such a war-torn area may have left him disturbed and possibly suffering from some form of post-traumatic stress disorder.

He reportedly was under surveillance by police when he was picked up near the prime minister’s official office on Thursday. Police reportedly had been watching him after receiving a tip from his family that he was behaving erratically .

After being on the Mavi Marmara when nine Turkish nationals were killed during the raid by Israeli naval commandoes, Ali was on board the Greek-flagged Strofades IV bound for Gaza from Libya, which sailed to Greece but did not continue on to Israel.