Hasid Runs For Mayor Of British City — As Far-Right Candidate 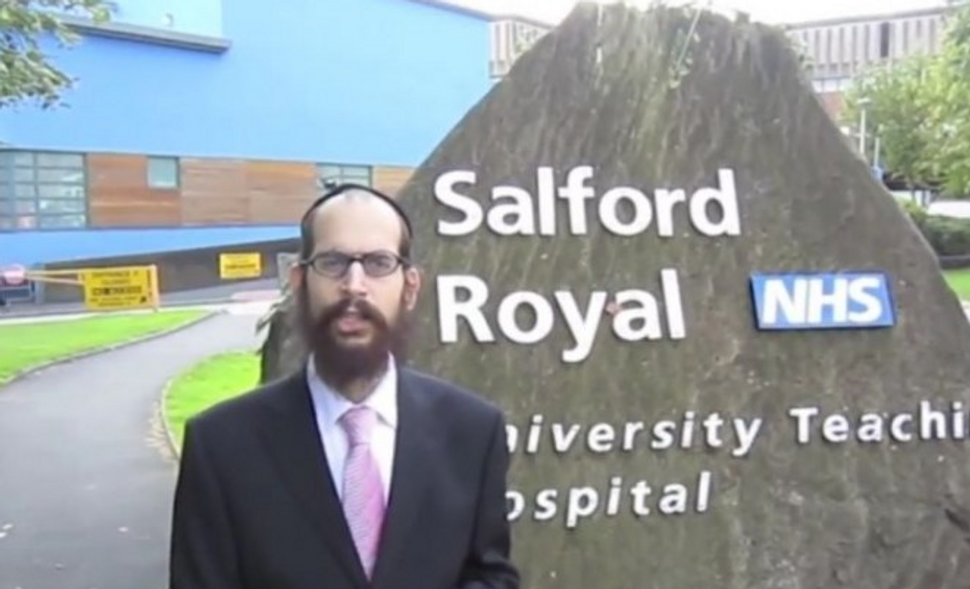 Rabbi Schneur Odze has proven to be an unorthodox candidate for mayor of the British city of Manchester. He’s the pick of the far-right U.K. Independence Party, has refused to shake hands with women rivals, burned a Bible and now his alleged penchant for kinky sex has come out into the open.

“What Greater Manchester does not need is another Westminster insider. What I bring is a breath of fresh air,” Odze told the Times of Israel. He refused to comment on The Daily Mail’s report that he met a twenty-something on a dating site for those interested in bondage and sadomasochistic sex.

The largest controversy before that was Odze’s burning of a Christian bible prior to Passover.

Odze, formerly a London city councilman for the Conservative Party, dismisses speculation that he’s being used as a token by UKIP, a party that’s hostile to immigrants and racial minorities headed by Brexit cheerleader Nigel Farage.

“[I have] a lot of support from people of other faiths and no faiths. I want to bring people in from the shadows,” he told the Times of Israel.

Hasid Runs For Mayor Of British City — As Far-Right Candidate