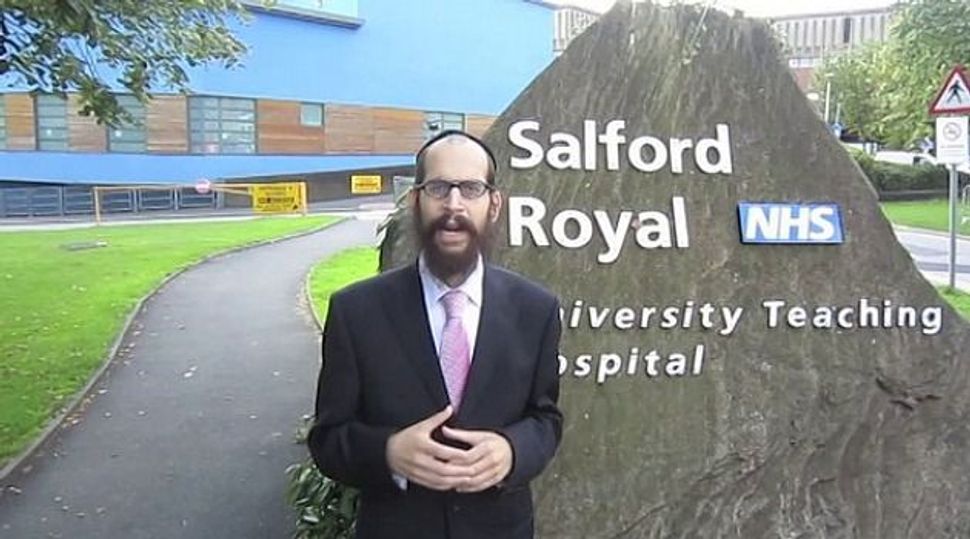 An Orthodox Jew running for mayor of the English city of Manchester met up for kinky sex with a woman he met on an online bondage website, the Daily Mail reported Saturday.

Shneur Odze, a member of the Chabad-Lubavitch Hasidic group, is a member of the nationalist UK Independence Party. A rabbi, he is vocal about his religious beliefs, and has previously drawn press attention for refusing to shake hands with women.

Yet those beliefs did not keep the married rabbi from meeting a stranger for sex. According to the lurid account in the Daily Mail, Odze posted a dating profile on a social networking site for fetishists in which he posed as a priest.

“He had lied to me, by telling me he wasn’t married and he’s lying to the people he wants to represent by pretending to be something he’s not,” the woman he met on the site told the Daily Mail.

When confronted by the Mail at his home on Saturday morning, Odze said: “I’ve no idea what you’re talking about.”

In mid-April, Odze apologized for burning a New Testament and posting a photo on Twitter.