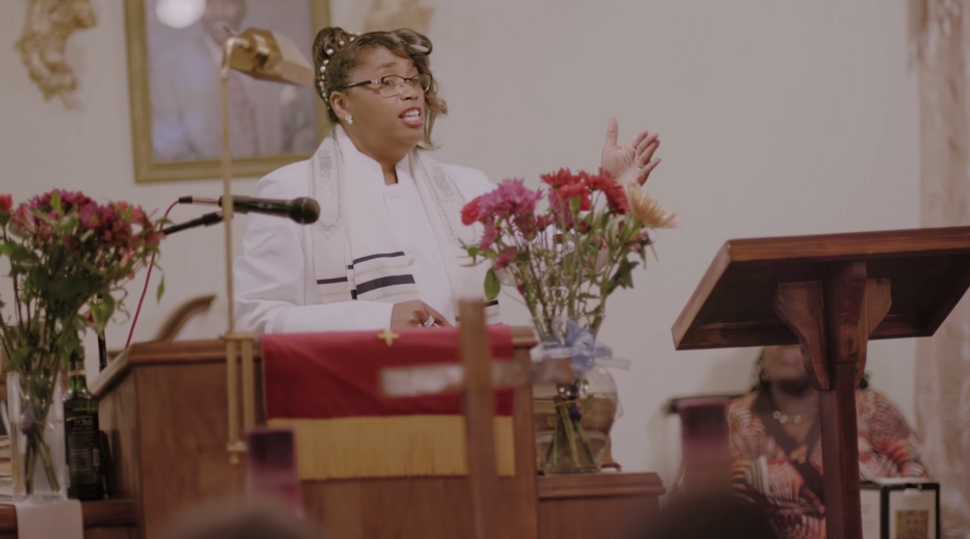 A new music video from rapper J. Cole features a scene set in a Pentecostal church — and features a cleric delivering a sermon with a Hebrew prayer shawl over her shoulders.

The speaker is unnamed but the congregation is called the Eastside Christian Communtiy Pentecostal Church and is located in the Atlanta, Georgia, neighborhood of Cabbagetown. At one point, the speaker rests her hands on a congregant’s shoulders as they both bow their heads in prayer.

The video is part of an hourlong HBO documentary titled, “4 Your Eyez Only,” which is set in the Midwest and the South and deals thematically with “black resilience and dignity under the conditions of white supremacy,” the New York Times wrote. It is posted on YouTube and coincides with the release of Cole’s fourth studio album by the same name.

A song titled “Want You to Fly” plays during the church scene and deals with religious themes, including references to Jesus’ city of birth, Nazareth.

“God is real and He using me for a bigger purpose,” Cole recites in the song.