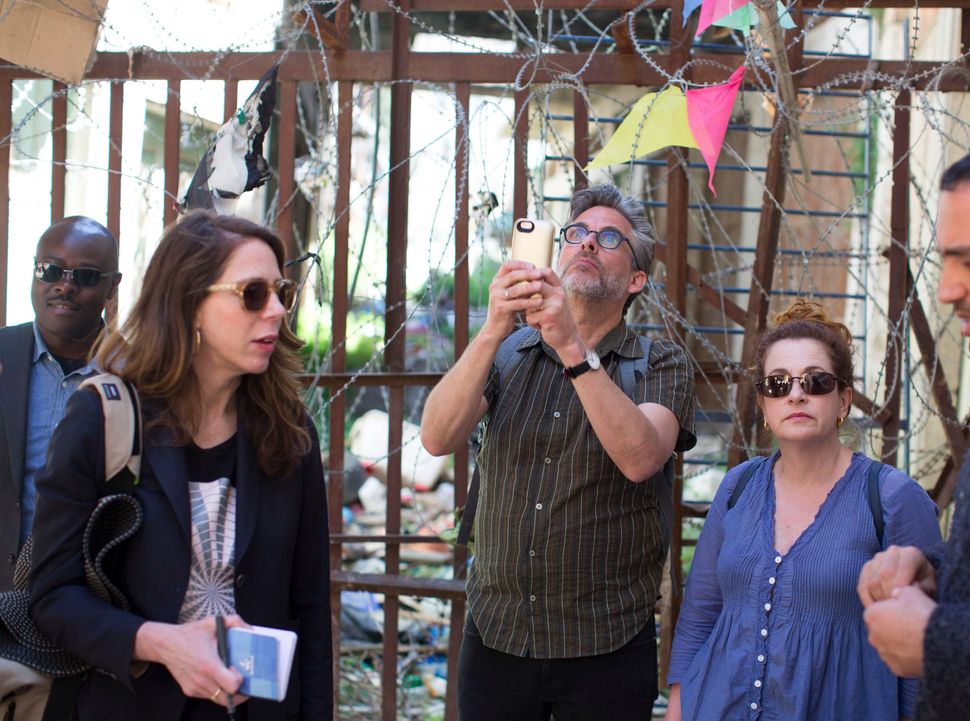 Amid reports that Israel is blocking tourists who seek to visit the Palestinian West Bank, author Ayelet Waldman has challenged Israel to keep out her and her husband, Pulitzer winner Michael Chabon on an upcoming trip in June.

Waldman tweeted the dare on Tuesday:

Israel banning tourists, like my husband Michael Chabon, who oppose the settlements. Netanyahu: we are due to land on June 17. I dare you.

Haaretz reported on Tuesday that Israel is taking “border control to new extremes” by turning away tourists at Ben Gurion Airport. The Interior Ministry is also seeking to stop tour group operators from booking hotels in Bethlehem, a popular spot for Christian tourists in the West Bank.

Waldman and Chabon are vocal critics of Israel’s treatment of Palestinians. The pair organized a project to bring authors from around the world to witness Israel’s occupation firsthand. Their writing is compiled in a new book timed with the 50th anniversary of the occupation, called “Kingdom of Olives and Ash”.