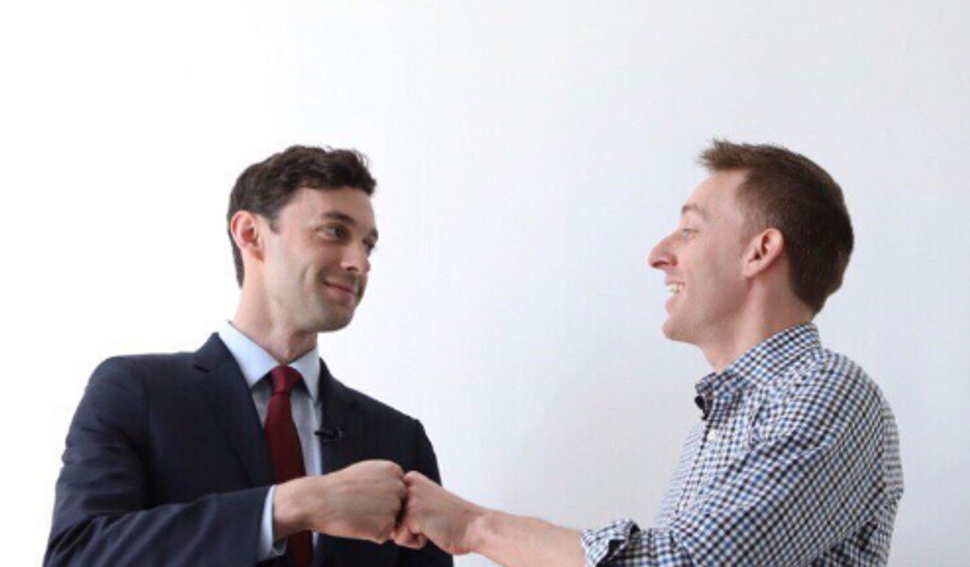 Jason Kander flew down to Georgia on Wednesday, helping out with fellow Jewish Democrat Jon Ossoff’s campaign for an open House seat.

Kander almost flipped a Missouri Senate seat last fall, when he came within three points of defeating the Republican incumbent – a remarkable feat given that Hillary Clinton lost the state by double digits.

Like Kander, Ossoff faces an uphill battle to represent the House district, which covers Republican=leaning suburbs outside Atlanta. He will face opponent Karen Handel in a June contest after having come first in a first round election.