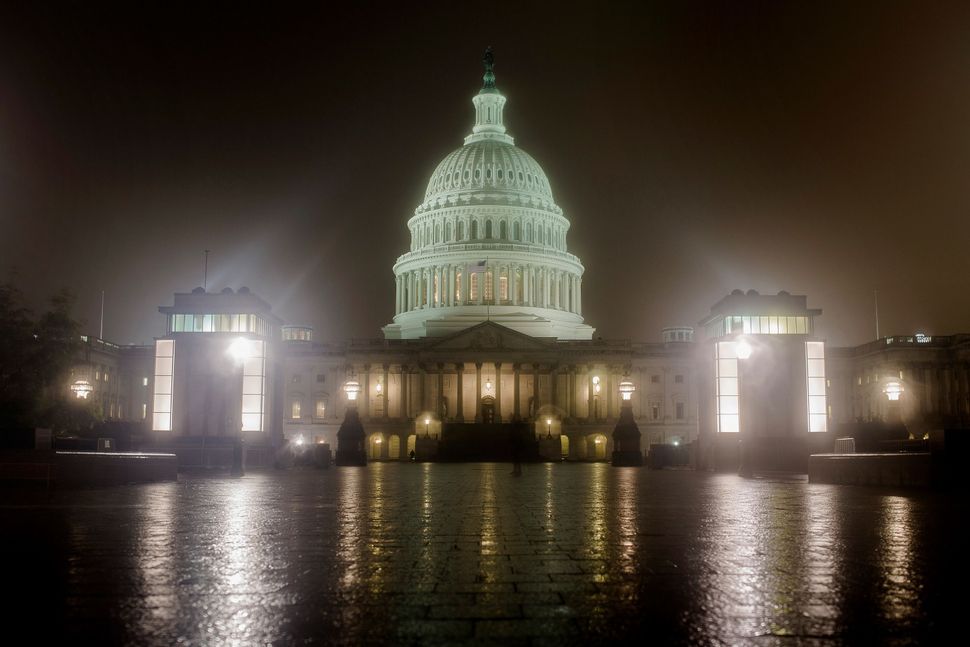 Washington, D.C.: The Capitol building at night. Image by Getty

Both Jewish Republicans voted for the American Health Care Act, the controversial bill that will repeal elements of Obamacare, as it passed the House of Representatives by a margin of 217-213.

Democrats voted unanimously against the bill, along with 20 Republicans who broke with their party.

Among the notable Republicans to vote “no” was Ileana Ros-Lehtinen, who represents a Miami-area district with a large Jewish population. Ros-Lehtinen is retiring in 2018.

After the final vote tally was announced, Democrats in the House chamber started singing the song “Na Na Hey Hey Kiss Him Goodbye,” believing that voting to pass the bill spelled electoral doom for many Republicans.

After concluding another vote on North Korean sanctions, Republicans were scheduled to attend a celebratory reception at the White House.