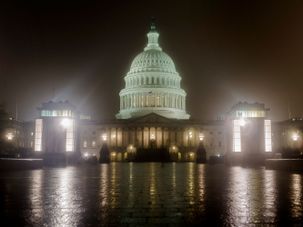 After the vote was announced, Democrats started singing the song “Na Na Hey Hey Kiss Him Goodbye,” believing that the vote spelled doom for many Republicans. 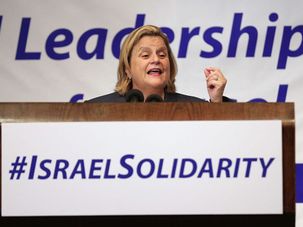 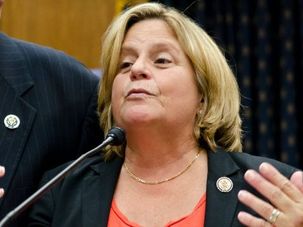 WASHINGTON – Rep. Ileana Ros-Lehtinen, R-Fla., a congressional leader who has been a staunch defender of Israel and the rights of Holocaust survivors, is leaving Congress. Ros-Lehtinen, a GOP moderate who has sharply criticized the policies of President Donald Trump, told the Miami Herald on Sunday that she simply no longer felt the drive… 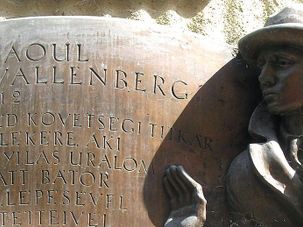 A bipartisan resolution calls for opening of Russian archives to discover the circumstances that led to the death of the Swedish diplomat who saved tens of thousands of Jews during the Holocaust.

Irving Moskowitz, the Florida businessman and champion of right-wing causes in Israel, is also a big donor for the incoming Republican chairwoman of the House Foreign Affairs Committee.

In its last days, the outgoing 111th Congress drew the battle lines for the next debate Democrats and Republicans will have about Israel.

There’s an interesting piece at ForeignPolicy.com listing 10 Republicans who can be expected to play a major role in helping or frustrating President Obama’s foreign policy and security goals over the next two years. It’s based on the assumption that the Republicans will take over the House of Representatives and their members will take over committee chairmanships. Assuming Republicans don’t take the Senate, they will still be in a much stronger position to influence outcomes and frustrate administration policies they don’t like.

Goldstone v. House of Representatives: The Unending Inquiry Into the War Crimes Inquiry

There could be trouble brewing for the congressional resolution (PDF), now circulating for signatures in the House, that condemns the United Nations’ Goldstone Report on alleged Israel and Hamas war crimes in Gaza.

New ratings from the Cook Political Report reflect improved chances for a couple of Jewish challengers in tough congressional races.