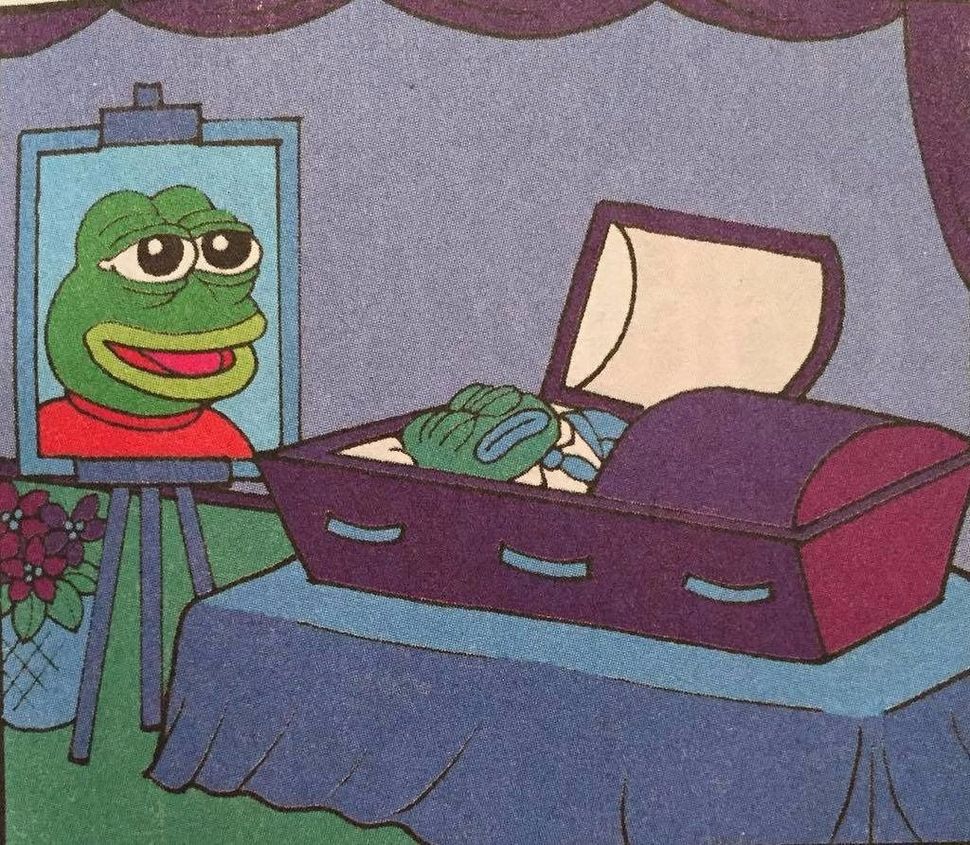 The online cartoon Pepe the Frog was “killed off” by its creator, seemingly in bid to stop his image being hijacked by the “alt-right.”

Over the weekend, Pepe’s creator Matt Furie posted a comic strip depicting a funeral for the frog character, attended by other characters from Furie’s Boy’s Club strip.

“It’s a clear declaration that Pepe is now dead,” the blogger Marykate Jasper wrote. “The alt-right has killed the joy.”

In September Pepe was added to the Anti-Defamation League’s database of “hate symbols,” joining the swastika and the Ku Klux Klan’s burning cross.

Furie and the ADL attempted an online campaign to “save Pepe” from becoming an “alt-right” icon. It looks like that is over, wrote Rich Johnston wrote on the website BleedingCool.com.

“After an attempt to Save Pepe from such appropriation, it seems that Furie has given up trying,” Johnson wrote.