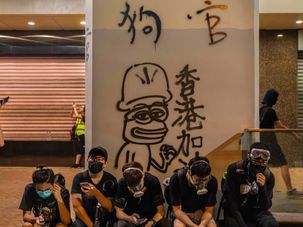 “It just looks funny and captures the hearts of so many youngsters,” said one protester. 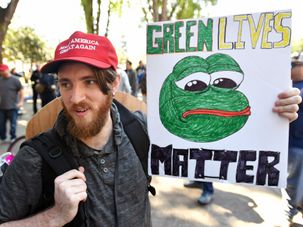 “The goal is to make sure the use of Pepe in association with hateful images and ideas stops.” 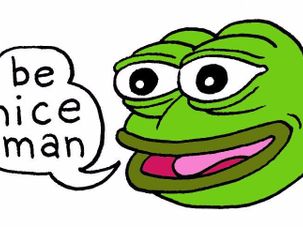 Pepe creator Matt Furie is trying — again — to take Pepe back from the “alt-right.” 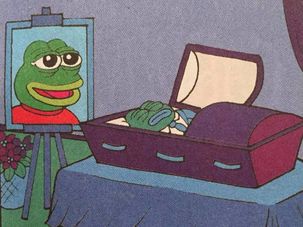 “It’s a clear declaration that Pepe is now dead,” one writer observed. 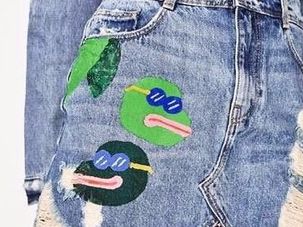 How Pepe-like was this frog? Opinions differ. 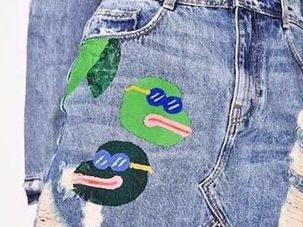 Fashion retailer Zara has pulled a skirt from its website that bore an image resembling Pepe the Frog. 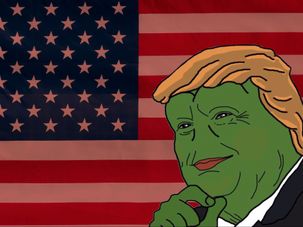 “One more day,” one Trump supporters who goes by Vendetta Vidame, wrote on Twitter, posting a meme of Pepe overlaid on a painting of Paul Revere. 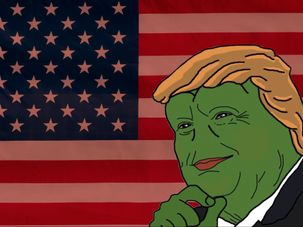 Pepe the Frog Creator Fights Back Against Anti-Semites

(JTA) — The creator of Pepe the Frog, a cartoon that has become a symbol frequently circulated by anti-Semites online, is joining forces with the Anti-Defamation League to reclaim the image as a “force for good.” Matt Furie will create a series of positive Pepe internet memes that the ADL will promote through its social… 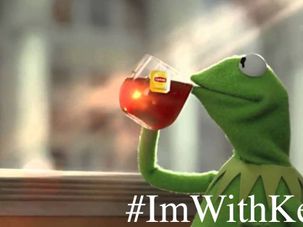 The hashtags #ImWithKer and #FrogPluralism are are response to the “alt-right’s” Pepe the frog.

Recently the frog has been portrayed with a Hitler-like mustache, wearing a yarmulke or a Ku Klux Klan hood.