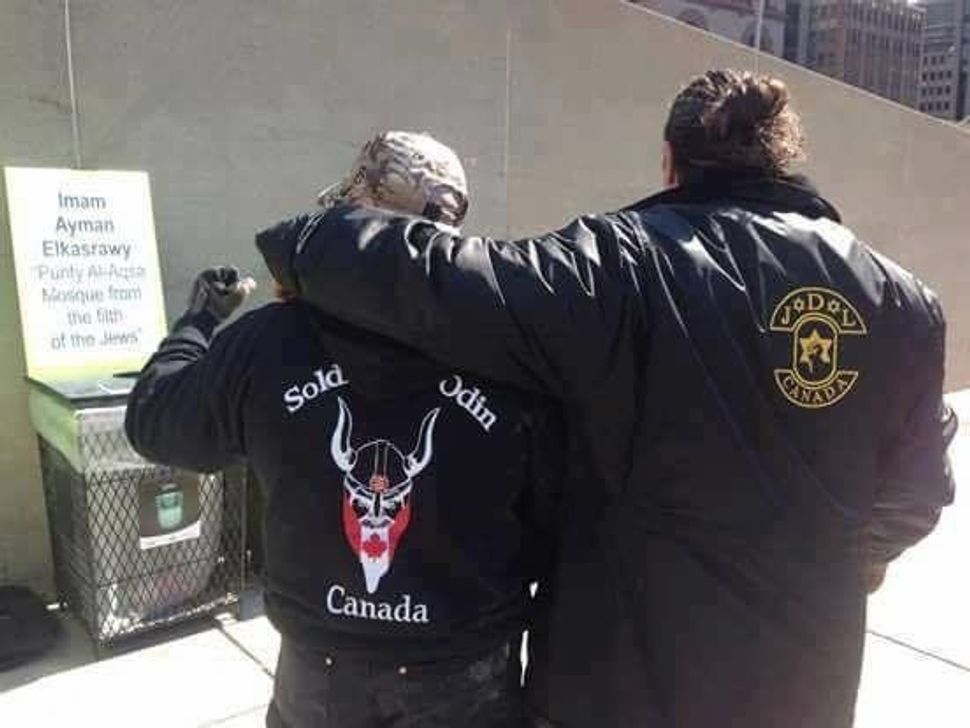 The militant Jewish Defense League is standing proudly with Canadian branch of Soldiers of Odin, an anti-immigrant patrol group with roots in Europe whose ranks include white nationalists.

The Anti-Defamation League says that Soldiers of Odin contains “many open white supremacists, as well as other right-wing extremists.”

But Meir Weinstein, the head of the Canadian branch of the JDL disputes this. He says the group’s goals are aligned with those of the JDL — and claims they have disowned the more racist elements within their parent organization in Finland.

The Canadian Soldiers of Odin group is primarily focused on Muslim immigration. In a lengthy video on their Facebook page, one spokesman decried Muslims coming into Canada.

“They’re following the code of the Muslim Brotherhood to a tee,” he said. “They’re infiltrating through refugees.”