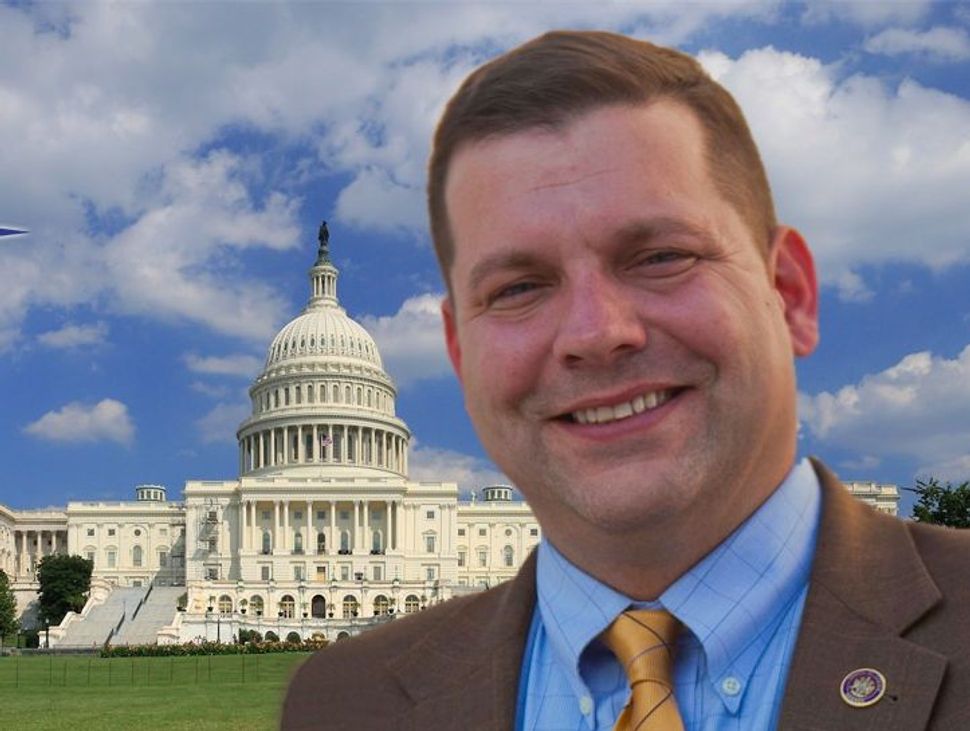 A conservative lawmaker compared President Trump to the Nazis, calling the embattled leader “small potatoes” compared to the Third Reich.

Rep. Tom Garrett a member of the conservative House Freedom Caucus, told the crowd in southwest Virginia that he felt confident the American people would dump Trump if he turned into a truly authoritarian leader.

“America has overcome amazing challenges that Donald Trump, as frightening as he is to some people, small potatoes compared to Nazi Germany,” Garrett (R-Va.) told constituents at a Tuesday night meeting, Politico reported.

Garrett reminded the crowd that many feared President Obama would transform America into a socialist nation, fears that turned out to be unfounded.

In a possible shot across Trump’s bow, the right-winger vowed to stand up if he believed Trump sold out the country to Russia or committed other wrongdoing.

“If I see a Trump who I think has betrayed his duty to the Constitution, he needs to go,” he said.