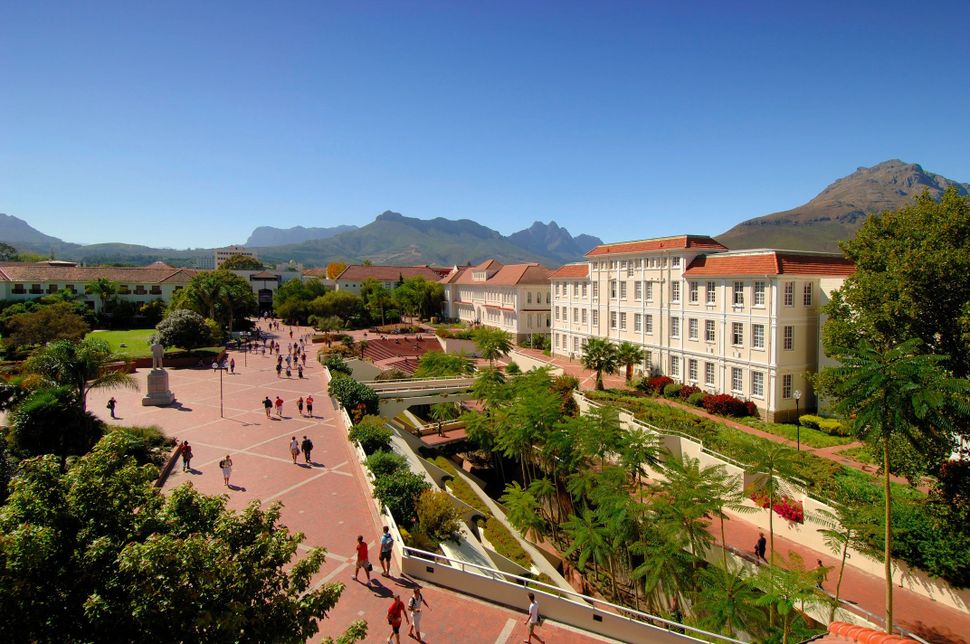 Three South African students were suspended on Thursday on suspicion of putting up Nazi-inspired posters at an elite university, at a time of growing tension in race relations.

Stellenbosch University said the images, which copied Nazi youth movement posters without their swastika flags, contained “highly offensive references to Nazi propaganda and Neo-Nazism” and were in breach of the university’s policies on harassment and discrimination.

The posters for an “Anglo-Afrikaner student” event appeared on Tuesday and were taken down on Wednesday. Under the motto “Fight for Stellenbosch” in English and Afrikaans, one series showed a blond brown-shirted man and another a young woman with long blond braids.

“I have decided to suspend the three students suspected of misconduct while disciplinary proceedings are ongoing,” said Wim de Villiers, rector and vice chancellor at the university, who has described the posters as “deliberate mischief-making.”

Scores of mainly black students and some academics held a meeting on Thursday to condemn the posters publicly, a member of the Student Representative Council said.

“Racism is still very much alive, and the posters just showed us once again,” said council spokesman Kamva Somdyala.—Reuters