Trump Links Comey Firing To Russia, Says He Would Have Done It Without Rosenstein’s Letter 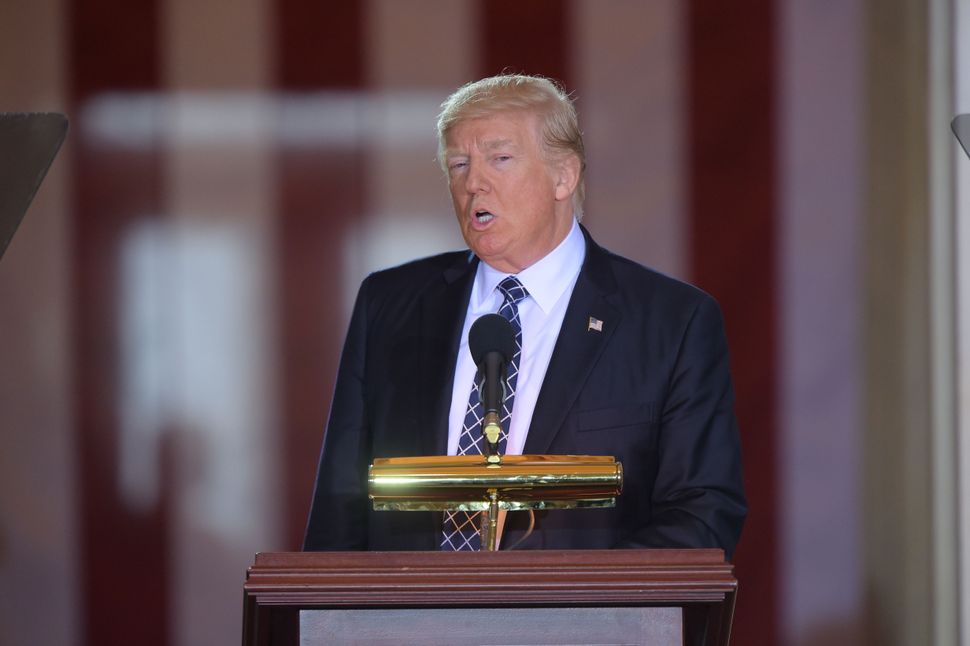 President Trump would have fired FBI Director James Comey even if he hadn’t received a memo from Deputy Attorney General Rod Rosenstein listing faults in Comey’s conduct, the president said in a Thursday interview.

Comey is “a showboat. He’s a grandstander. The FBI has been in turmoil,” Trump told NBC News’ Lester Holt. “You know that, I know that. Everybody knows that. You take a look at the FBI a year ago, it was in virtual turmoil, less than a year ago. It hasn’t recovered from that. I was going to fire Comey. My decision. I was going to fire regardless of recommendation.”

Trump went on to make a connection between the firing and the FBI’s investigation into Russian involvement in the 2016 presidential election. “Regardless of recommendation, I was going to fire Comey, knowing there was no good time to do it.” he said. “And in fact when I decided to just do it, I said to myself, I said, you know, this Russia thing with Trump and Russia is a made-up story. It’s an excuse by the Democrats for having lost an election that they should have won.”

Trump’s statement seemed to contradict claims by Vice President Mike Pence and White House spokespeople Sean Spicer and Sarah Huckabee Sanders that the president’s decision to fire Comey had nothing to do with the Russia investigation and was made on the advice of Rosenstein and Attorney General Jeff Sessions.

Rosenstein’s memo criticized Comey for his handling of the investigation into Democratic presidential candidate Hillary Rodham Clinton’s handling of classified emails, but never explicitly called for Comey’s dismissal. Rosenstein was so upset that his work was cited as a pretext for the firing that he threatened to quit, The Washington Post reported.

Rosenstein held a meeting with the Senate Intelligence Committee on Thursday, after which he told a Capitol reporter that he was not resigning.

Trump Links Comey Firing To Russia, Says He Would Have Done It Without Rosenstein’s Letter