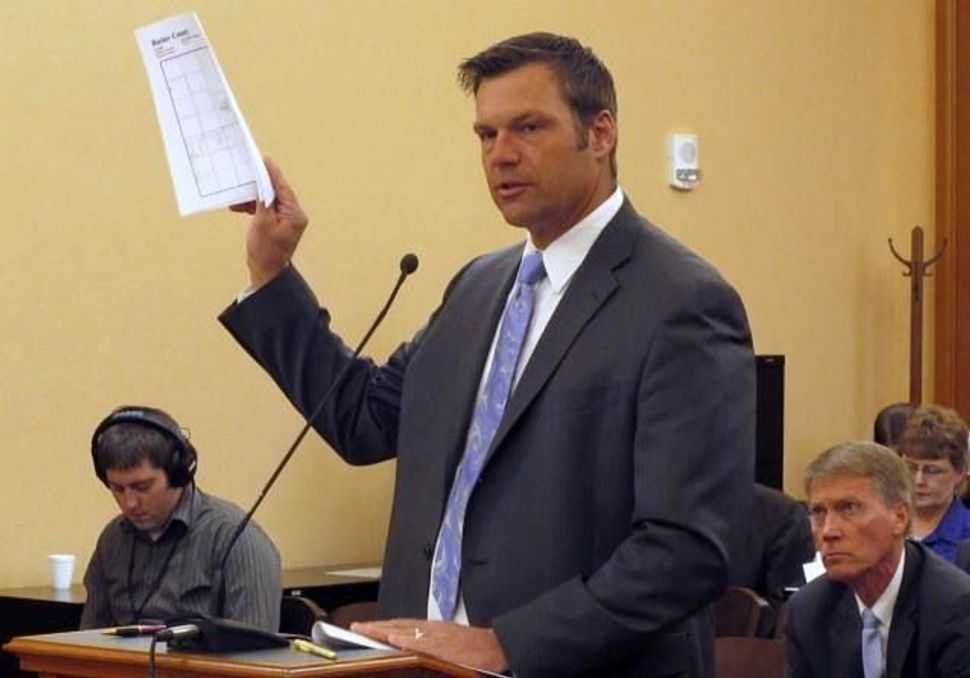 Kris Kobach, who as Kansas secretary of state made voter-fraud allegations, will co-chair President Donald Trump’s new Commission on Election Integrity, igniting outrage from civil rights groups like the Southern Poverty Law Center who calls him “a central figure in the nativist movement.”

“Kobach is a longtime lawyer for far-right extremist groups with ties to white nationalists and is a leader in the movement to suppress the votes of minorities,” the SPLC wrote in a statement. “He is unfit to serve in this capacity, and his appointment is nothing less than an outrage.”

Other Democrats criticized the creation of Trump’s new commission altogether, saying that it “intended to perpetuate the president’s false claim that millions voted illegally in November,” Raw Story reported.

“We have a president who has said he won the popular vote when he did not,” said Dale Ho, director of the ACLU’s Voting Rights Project, in a statement. “We have a commission that will be led, for all intents and purposes, by the king of voter suppression, Kris Kobach. So there’s no reason to believe that this commission will be anything other than a sham.”