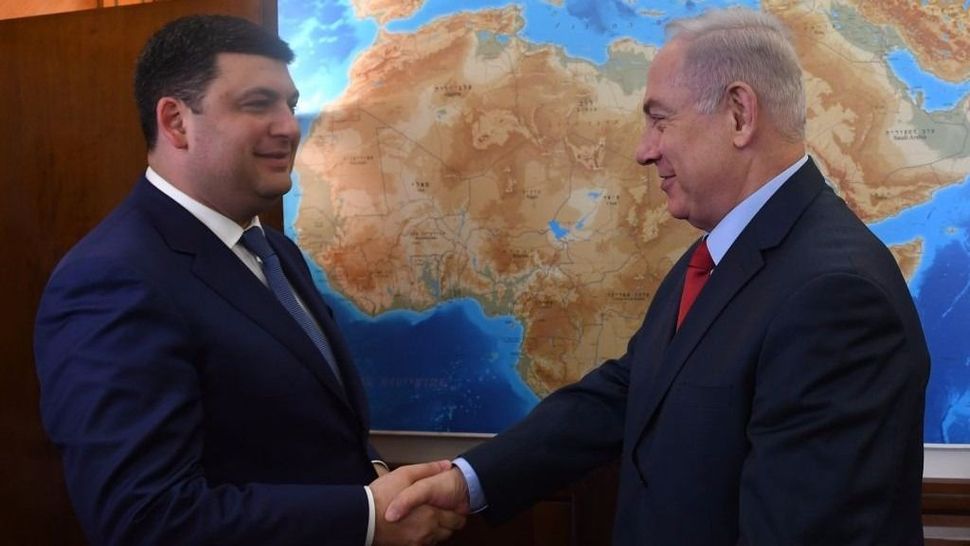 JERUSALEM (JTA) — Prime Minister Volodymyr Groysman of Ukraine met with Israeli officials, including his counterpart Benjamin Netanyahu, after an earlier visit was canceled over Ukraine’s support of a United Nations resolution condemning settlements.

“This is a moment of great friendship because there is a common history that binds Ukraine and Israel,” Netanyahu said, according to his office. “Some of it is laced with tragedy, but it is also laced with hope and with sympathy.”

In December, Netanyahu canceled the Groysman visit after Ukraine was one of 14 countries to vote in favor of a U.N. Security Council resolution condemning Israel for continuing to build in West Bank settlements.

Netanyahu said Monday that Ukraine “reaffirmed” its friendship to Israel with its vote against a UNESCO resolution earlier this month that denied Jewish ties to Jerusalem,” which he added “sets our relations on a future course, which I deeply appreciate.”

Groysman invited Netanyahu to visit Ukraine at his earliest convenience, and Netanyahu accepted the invitation.