Is Trump Yelling At Everyone — Even Jared? 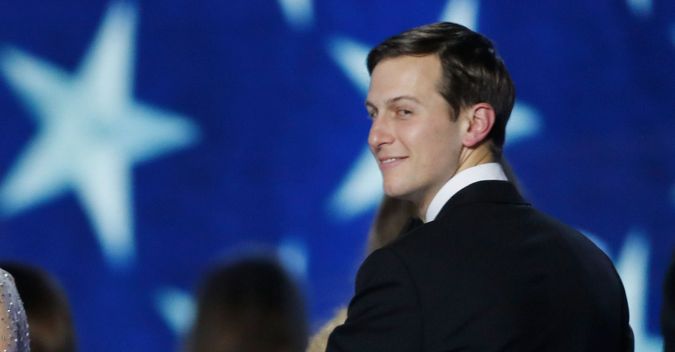 As the ship of state founders under new revelations that President Trump turned over classified information to Russia, all those on deck are getting wet – including son-in-law Jared Kushner, whom Trump is said to be angry with.

According to The New York Times, Trump described Kushner as “incompetent” during an angry rant that a West wing insider related to the newspaper.

While others in the administration – like chief strategist Steve Bannon and press secretary Sean Spicer have faced speculation about their continued service – Kushner has been seen as safe from firing due to his family connection to Trump.

Revelations on Monday that Trump gave top-secret intelligence on Islamic State operations to Russian foreign minister Sergei Lavrov last week in an Oval Office meeting have led to turmoil and infighting within an administration already on the defensive after Trump’s firing of FBI Director James Comey.

After the Washington Post reported the story, senior aides to the president could be heard arguing from the White House’s press quarters about how best to respond.

Is Trump Yelling At Everyone — Even Jared?