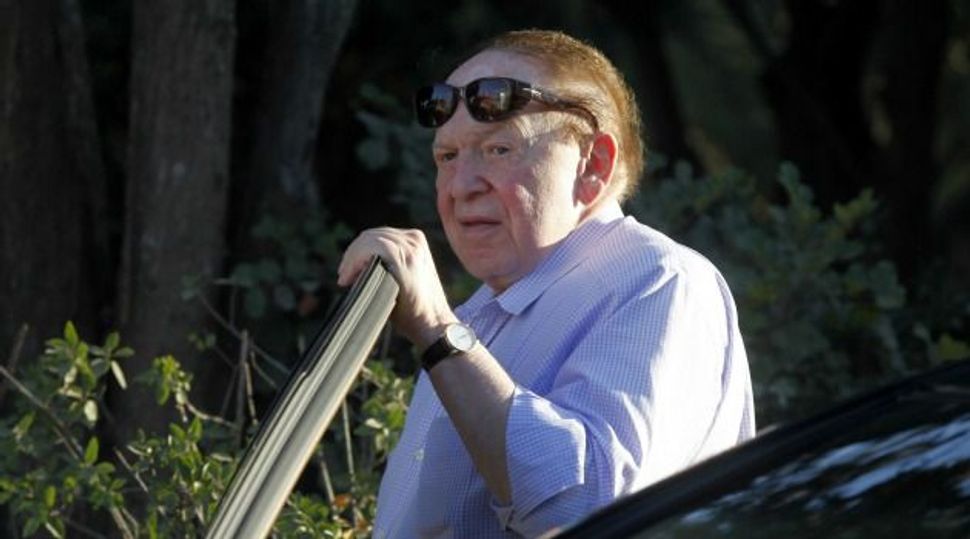 At least that’s what sources close to the Las Vegas casino billionaire and Republican party megadonor are saying after it became clear that Trump is not planning to move the U.S. embassy to Israel from Tel Aviv to Jerusalem in the near future.

Now pro-Israel groups and individuals that enjoy Adelson’s generous financial backing are speaking out against the president’s refusal to go ahead with relocating the embassy.

On Monday it was Morton Klein, president of the Zionist Organization of America, which is partly funded by Adelson. Klein told the Forward that he may have spoken “too soon” when praising Trump as the most pro-Israel president ever.

Tuesday found another Adelson-backed group speaking out: Christians United for Israel called on its members to sign a petition urging President Trump to “keep a pledge that motivated millions” and move the embassy to Jerusalem.

And Rabbi Shmuley Boteach, whose organization is also supported by Adelson, made his own plea in Breitbart. “We Jews do not forget,” Boteach wrote. “It is an opportunity he must not decline.”