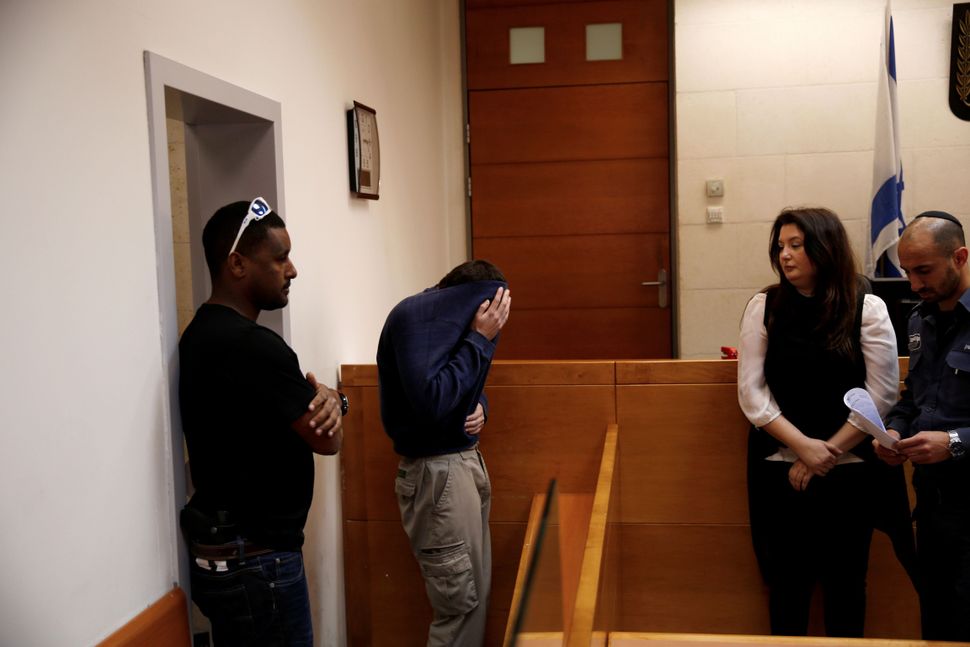 The suspect, age 19, is in police custody for at least eight more days. Image by Reuters

JERUSALEM (JTA) — The attorney for the Israeli-American teenager accused of making threats against Jewish community centers in the United States told an Israeli television news program that he has attempted suicide five times in the past two weeks.

The teen from Ashkelon, in southern Israel, is currently in the psychiatric ward of an Israeli hospital, after being charged in Tel Aviv  district court with thousands of counts on offenses that also include publishing false information, causing panic, computer hacking and money laundering.

The accused hacker, 19, allegedly made threats to 2,000 institutions around the world.

Israel’s Channel 10 news on Wednesday night played recordings of three of the threats made to places in the United States – one to a Jewish school, one to a Jewish hospital and one to police in which he said he was holding hostage the family of an American official and would shoot them. All of the calls used voice-altering equipment and the conversations were in English.

“The teenager I am representing is in a bad state. In the past two weeks he has made five suicide attempts,” the teen’s lawyer, Shira Nir, told Channel 10 news.