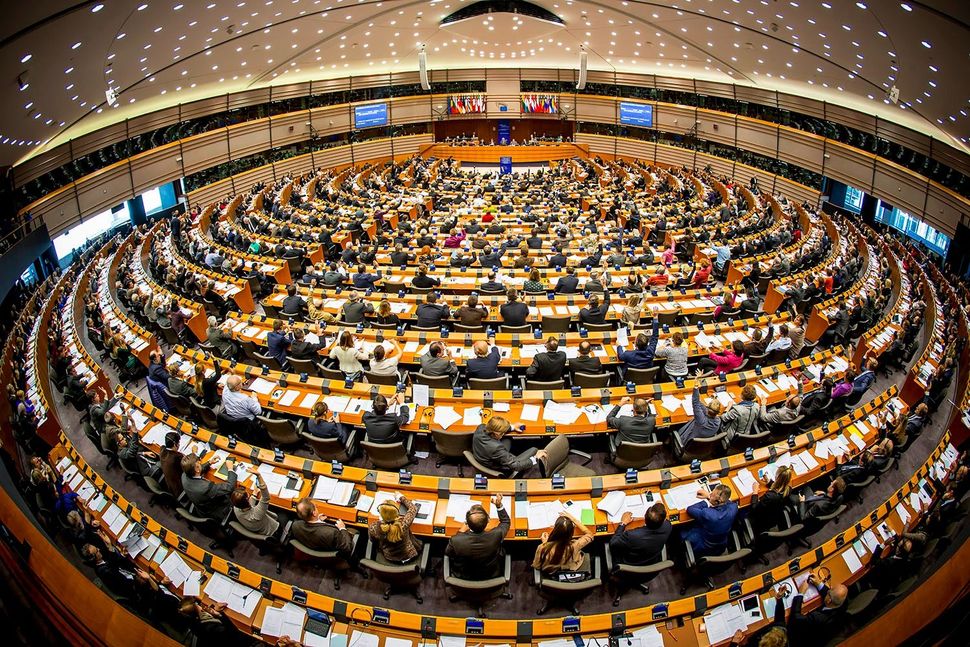 (JTA) — The European Parliament passed a resolution on Israel and the Palestinians that omits any reference to Hamas, but which advocates of the Jewish state said was more balanced than previous documents endorsed by that institution.

The resolution, titled “Situation in the West Bank, including settlements,” that the parliament passed Thursday in Strasbourg “condemns all acts of violence, acts of terrorism against Israelis, and incitement to violence which are fundamentally incompatible with advancing a peaceful two-state solution.”

Past resolutions generally avoided identifying culprits and victims, a style that critics complained suggested that both parties might be guilty of such acts rather than just the Palestinians.

“While we would have wished for even clearer language, we appreciate the important step Parliament has taken to end the counterproductive habit of sheltering the Palestinians from legitimate criticism,” said Daniel Schwammenthal, the director of the American Jewish Committee‘s Transatlantic Institute in Brussels, in a  statement.

The resolution features numerous allegations against Israel and a statement that Jerusalem should be “the capital of both states” – an Israeli and a Palestinian one. While condemning terrorism in general and against Israelis particularly, the resolution does not mention Hamas, the militant group which is blacklisted as a terrorist group by the European Union and which controls Gaza.